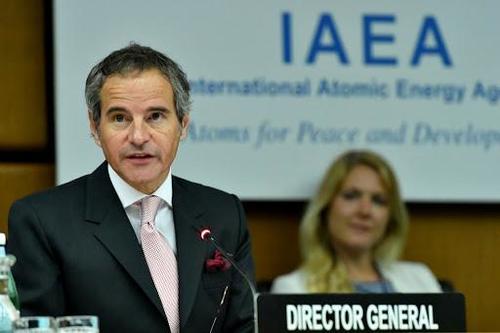 Amid the fifth and what’s expected to be the final round of Iran nuclear talks in Vienna, the director-general of the International Atomic Energy Agency (IAEA) has voiced that time is running out on reaching an agreement given the Islamic Republic has already reached bomb-building capability in terms of enriched uranium purity levels.

IAEA chief Rafael Grossi told Financial Times that Iran has reached uranium purity levels that “only countries making bombs are reaching” after routinely ramping up enrichment since Trump pulled out of the Obama-era JCPOA back in May 2018.

Calling the current situation “very concerning” (and especially if a deal is not ultimately reached in Vienna), he explained to FT:

“A country enriching at 60 per cent is a very serious thing — only countries making bombs are reaching this level,” said Grossi. “Sixty per cent is almost weapons grade, commercial enrichment is 2, 3 [per cent].”

Grossi still defended Iran’s “sovereign right” to do so. Tehran has always justified its program as only for domestic energy consumption needs, while its Ayatollahs over the years going back to the 1980’s have consistently condemned nuclear weapons as ‘unIslamic’.

“We don’t seem to find much need for that at the current level of industrial, medical activity in Iran, but this is for a country to decide,” he said.

Just ahead of this week’s round of talks in which draft documents of an agreement are expected to be hashed out and finalized, Tehran and the UN nuclear watchdog IAEA reached a last minute understanding to extend a technical agreement which allows inspectors access to surveillance images of nuclear sites after just before the weekend Iran ended the program. This vital access which allows for continued close monitoring was extended for up to another month, which all parties hope is long enough to see a deal through.