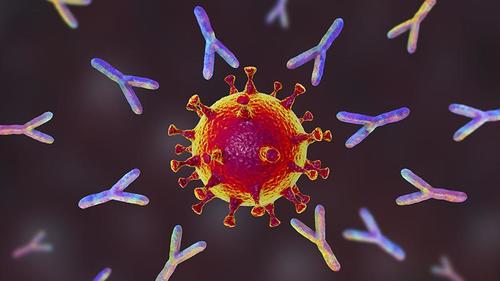 “BIGGEST FAILURE OF MEDICAL LEADERSHIP” EVER ! ! !

Finally the system — the BEAST System — is starting to crack.

When a practicing Physician and Professor at the Johns Hopkins University School of Medicine, who also has a Master of Public Health, declares that “Half Of Americans Have Natural Immunity”, there’s something very wrong with the official narrative coming out of the NIH, CDC and WHO.  And so there is!

What follows are the proclamations issued by Dr. Marty Makary regarding herd immunity, especially compared to the significantly inferior type of immunity that allegedly occurs after the extremely dangerous and deadly Covid vaccinations.

A professor with the Johns Hopkins School of Medicine has said that there is a general dismissal of the fact that more than half of all Americans have developed natural immunity to the coronavirus and that it constitutes “one of the biggest failures of our current medical leadership.”

Dr. Marty Makary made the comments during a recent interview, noting that “natural immunity works” and it is wrong to vilify those who don’t want the vaccine because they have already recovered from the virus.

Makary criticised “the most slow, reactionary, political CDC in American history” for not clearly communicating the scientific facts about natural immunity compared to the kind of immunity developed through vaccines.

“There is more data on natural immunity than there is on vaccinated immunity, because natural immunity has been around longer,” Makary emphasized.
(Source: Half Of Americans Have Natural Immunity)

Let’s be very clear, the only way out of any pandemic, even this transparently manufactured pandemic hoax, is for humanity as a whole to attain herd immunity to the various infection agents that are associated with the meticulously bioengineered COVID-19 bioweapon.

The human body has evolved over millennia to become the most sophisticated and successful pathogenic micro-organism-fighting bio-organism in the world.  Much of that effective immune response has developed because of all of the newfangled microbials that have emerged since the advent of the Industrial Revolution.

Let’s take a close look at the Spanish Flu of 1918 that killed upwards of 100,000,000 million people worldwide.  That worldwide plague was also a well-planned global genocide. See: SPANISH FLU: A Genocide Carried Out By Way Of An Influenza Pandemic

First of all, it wasn’t the Spanish Flu that caused so many deaths; it was the standardized medical treatments that caused the extraordinary mortality rate.  In point of medical fact, the highly inappropriate use of aspirin and morphine created the perfect storm of what NOT to do with those Spanish flu patients.  And the doctors knew it from their clinical observations but prescribed the fatal treatment plans anyway.  Sound familiar?!?!

The bottom line here, where it concerned the evolution of the Spanish Flu Pandemic, is that eventually the entire global population attained herd immunity.  Because every person on the planet was eventually exposed to the primary infection agent, they produced the necessary antibodies which served as a natural defense to any future exposures.

What’s really changed with the body’s immune system except that it has been challenged for an additional century by infectious exposures making it an even better disease-fighting machine…as never before in human history.

There are always variants that arise from any contagious pathogenic micro-organism (COVID-19 IS NOT CONTAGIOUS but they want us to believe it is).

Likewise, those bioengineered variants will continue to mutate depending on the individual’s internal environment and the ambient environment in which they live.

The human body is extremely adaptable and responsive to any threats to its existence; otherwise, very few of us would be alive today.  The immune system has been gradually refined over centuries of exposures to deal with those multifarious threats.

However, the national governments and health authorities would have us believe that we all need what is essentially a fake vaccine to prevent a case of Covid when, in reality, our natural immunity will do the job perfectly.