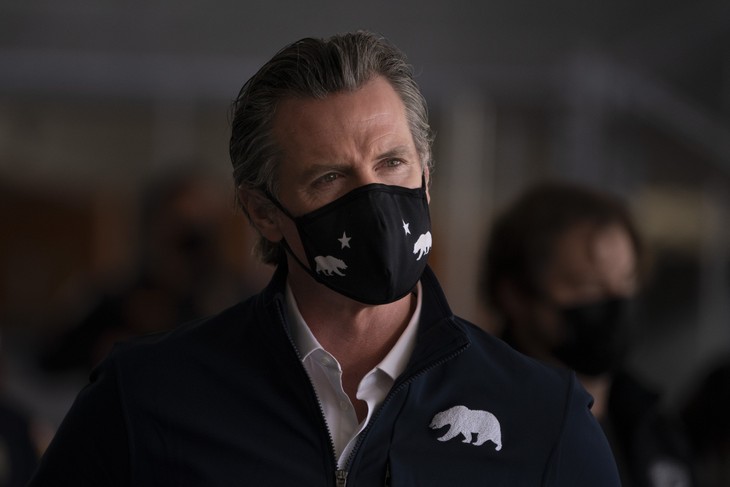 “Governor Gaslight” is back.

The last time Gavin Newsom sounded even remotely moderate was, when as a new governor, he said there was “no path forward” to Jerry Brown’s $100 billion slow-speed train to some farm in Modesto. Most California voters responded with “duh.” Then, as if by magic, Newsom’s “people” – probably the same operatives he had dinner with at French Laundry – said that no, he was “fully committed to [the choo choo].”

Someone needs to be fully committed, alright. “Governor Gaslight” as The Sacramento Bee called him after that switcheroo is back and now he’s in full support of giving Californians back some of their own money. Until he isn’t.

The guy whose party has done more to hoover up what’s left of Californians’ bank accounts now says he wants to cut “the people” a $600 check – just in time for his recall election. Even Politico can’t unsee this.

Let’s take a moment to breathe in the aroma of this political skid-mark, to which we’re sure Newsom’s “fully committed” – until he isn’t, that is.

Newsom: How can I get people to vote against my recall?

Staff counsel: In case anyone wondered, there’s absolutely no ethical problem whatsoever with this payoff scheme, Gavin. Let me talk to the folks at the AG’s office and give them a head’s up to give us a work around.

Newsom: Won’t that make people think that, well, we were behind or something?

Staffer #1: Not if we pay them off. They’ll forget all about the $40 billion in tax increases we just ‘jacked out of them.

Staffer #3: They won’t even be able to tell we’re paying for their vote with their own money. Brilliant plan.

Staff counsel: Maybe it’ll shut up those screaming parents about Zoom school. Let me give the teachers’ union a call to see if they’ll sign off.

Newsom: Well, if you don’t think it looks like a desperate bribe, I’m all for it.

Press Secretary: I can sell that. I’ll just tell the media it’s a Green-New-Deal thing. They’ll eat it up.

Democrats, with their supermajorities in the Assembly and Senate, have done nothing but cram down new taxes and regulations on Californians. And Newsom has signed them into law.

The governor who sent billions in unemployment benefits to prisoners and illegal aliens – becauseCOVID! – and then said, oopsie, we didn’t keep track.

The man who has hurt working Californians so much that 180,000 of them have packed up a U-Haul and fled in the last year alone, resulting in one fewer congressional seat, now says he’ll pay people to stick around with a $600 check?

Governor Pretty Boy, as Republican John Cox calls him, who is keeping the pedal down on gas prices, increasing housing prices due to his global warming taxes, and signed the bill to kill freelance jobs, now says he wants to cut you a check, California.

The man who’s never met a tax and spend boondoggle he didn’t love is now in favor of giving people back their own money. Until he isn’t, that is.

The tax revenues have come flooding in and now Newsom says he wants to give some of that money back out of the generosity of his heart. A one-time check. For a vote.

He could make it easy, end his emergency declaration, and just open up the schools, sports, and pass tax cuts, but, nah, he can’t give up control of the people. That’s no fun.