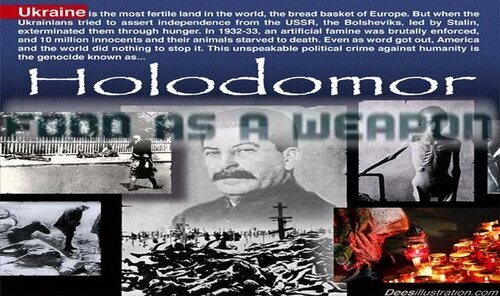 With ‘chicken shortages’ across America ‘the new big thing’, leaving poultry prices soaring and restaurants unable to keep up with customer demand, Business Insider reported on Thursday that there’s a growing list of shortages now hitting the ‘re-opening economy’, from Depends to diapers to tampons, from new and used cars to gas to plastics to computer chips, to furniture to coffee to toilet paper (again) and to foods of many different kinds.

Also reporting within that story that the costs of packaging many goods have increased by nearly 40% from the start of 2020, marking “historic highs”, it also gave us a warning why; a ‘commodity’ unlike all the others is in surprisingly short supply: workers.

Reporting that major labor shortages are hitting businesses and industries all across the country, with economists ‘baffled’ by the ‘job paradox’ of millions unemployed while jobs remain unfilled, WHY would many people want to go back to work at a ‘dead end job’ when ‘free money’ is being handed out by the government?

As the Foundation for Economic Education (FEE) had reported in this new story titled “US Businesses Are Closing Because They Can’t Find Anyone to Work. Here’s Why“: “In a recent interview, economist Lawrence Summers said the government’s juiced-up unemployment benefits have created a record labor shortage.” And as many different ANP readers had pointed out in their comments on in this new story by Dr. Peter Pry, shortages of all kinds are now popping up, leaving store shelves light on many different products and in many different locations all across America as a result.

With Reuters reporting that the ‘expected job surge’ following the end of many Covid-19 restrictions had ‘slowed sharply in April’, leaving business ‘scrambling to meet booming demand’, the Business Insider story warned ‘a perfect storm’ is now hitting businesses across America, leading to the shortages we’re now seeing and grocers and restaurants demanding of suppliers; “hurry up and make more now”.

Yet with growing food a ‘process’ that doesn’t happen overnight, and still no signs that 10’s of millions of Americans are even ready to ‘go back to work,’ with $2,000 a month stimulus checks now being talked about by many lawmakers across America as reported in this new Newsweek story, we serve our families and loved ones best by preparing now for what may be ahead, with one bank recently warning soaring food prices in the months ahead will lead to social unrest as Zero Hedge reported.

So as Steve Quayle warned while linking to that Zero Hedge, what we’re witnessing is ‘all by design as the planned extinction of the human race kicks into high gear as the 4 Horsemen begin their gallop’. You can join Steve and distinguished guests including Catherine Austin Fitts, Gary Heavin, Dr. Sherri Tenpenny, Egon von Greyerz, Mike Adams, Lisa Haven, Paul Begley, Dave Hodges, Daniel Holdings, and more at the upcoming streaming-only June 11th and June 12th ‘Extinction Protocols Conference’. 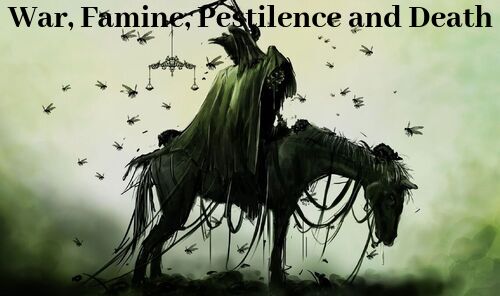 With food long used as a weapon of war, with the withholding of food during times of conflict, crisis and chaos as potent a ‘weapon of war’ as the guns, bombs and explosives used by the military, globalist Henry Kissinger had remarked back in the 1970’s: “Control oil and you control nations; control food and you control the people.”

And as Susan Duclos had reported on ANP back on May 3rd in this ANP story titled “Unusual Shortages Coming – From ‘Shrinkflation’ To Gas Shortages To Pet Foods”, all of these shortages are nothing less than the devastating results of the economy killing lockdowns,

So with millions of Americans refusing to go back to work as long as they’re collecting ‘free money’, and now even more ‘free money’ being talked about by many US lawmakers, as Michael Snyder warned in this recent story over at the Economic Collapse Blog, SOMEBODY always has to pay when ‘free money’ is printed up by the government, so higher prices on food and supplies are to be expected in the coming months.

Also warning within that story that while Americans loved their ‘free money’, they won’t be too happy when confronted with a $400 grocery bill, his conclusion to that story warned: “If you do not believe that this is a major national crisis yet, you will soon, because it won’t be too long before most of the country is loudly complaining about how nightmarish inflation has become.”

So with food and supply prices going up, and many shortages being broadcast ahead, even by the mainstream media, while millions of Americans refuse to go back to work with another ‘free money check’ ahead now dancing in their daydreams, we’ll be taking a look within the final section of this story below at preparing for this ‘perfect storm scenario’ now unfolding. 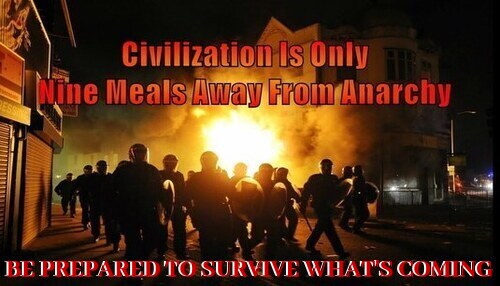 With Hendrik J. Hartong, the CEO of Brywood Partners, which owns Hometown Food Co., recently warning “the supply-chain challenges are still there, it’s not just one thing, it’s everything”, as Christian Westbrook, also known as ‘Ice Age Farmer’, tells Mike Adams the Health Ranger in the only video below, “engineered food scarcity will devastate humankind”.

And while many supplies hit by shortages are something that people can postpone, often indefinitely, food and water being ‘postponed’ for too long can lead to deaths and utter misery, so we’ll focus on them within the rest of this story.