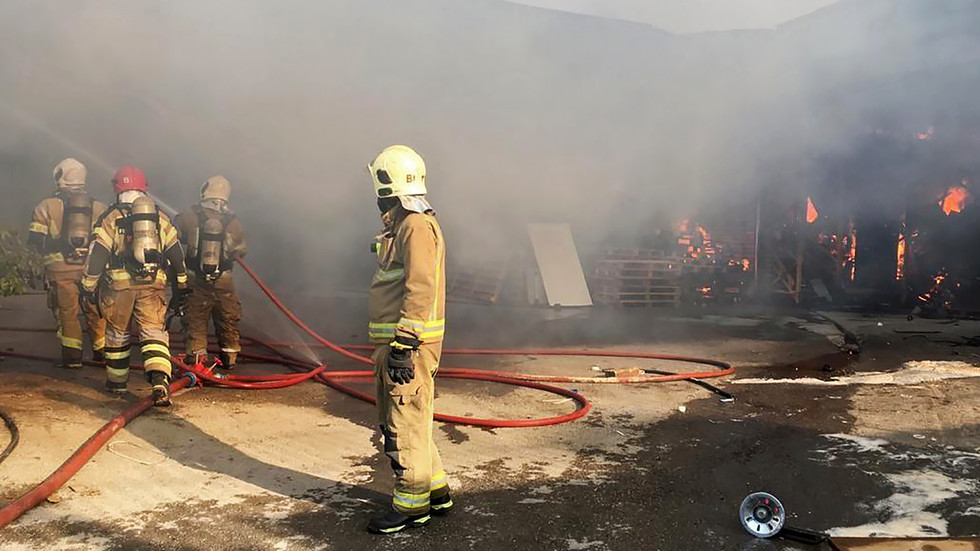 A large fire has erupted at a chemical plant in the Iranian city of Qazvin, with local media reporting an explosion. The incident follows an overnight blaze in the port city of Bushehr, home to Iran’s only nuclear power plant.

The fire broke out at the plant on Saturday afternoon following a small explosion at the site. Footage circulating online shows flames emerging from the facility, with a large column of billowing black smoke.

Multiple fire engines were deployed to the location to tackle the blaze. While the explosion and the fire that followed did not inflict any casualties, at least two firefighters were injured while battling the flames, local media reported.

The fire comes hours after a major blaze broke out near the port in the southwestern coastal city of Bushehr. The city houses Iran’s only nuclear power plant.