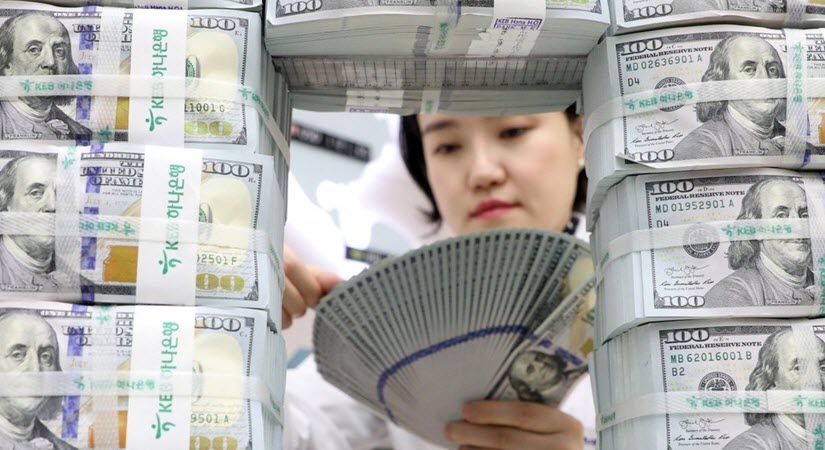 These “Fedcoins,” according to The Economist, “are a new incarnation of money. They promise to make finance work better but also to shift power from individuals to the state, alter geopolitics and change how capital is allocated.”

The same piece also reveals the increased level of support for digital money: “Over 50 monetary authorities, representing the bulk of global GDP, are exploring digital currencies.”

But perhaps more importantly, “Fedcoins” could signal the beginning of an abandonment of the U.S. dollar, as The Economist highlights:

They could alter geopolitics, too, by providing a conduit for cross-border payments and alternatives to the dollar, the world’s reserve currency and a linchpin of American influence.

Right now, the U.S. dollar occupies only 59.02% of the total global currency reserves, according to the International Monetary Fund.

But as the total reserve increased by 3.57% from Q3 to Q42020, the U.S. dollar’s share of that reserve shrunk to an all-time low (and has been steadily dropping since 2016). That means the dollar’s hegemony as global reserve currency is waning.

And that is incredibly important. The dollar’s role as a global reserve currency over the decades has allowed the U.S. to issue a historically-unprecedented amount of debt, and even sustained the dollar’s value against other currencies.

Before we go further, let’s explain exactly what we’re discussing.

What is a global reserve currency?

Investopedia has a terse but useful definition:

Currency maintained by central banks and other major financial institutions to prepare for investments, transactions, and international debt obligations, or to influence their domestic exchange rate. A large percentage of commodities, such as gold and oil, are priced in the reserve currency, causing other countries to hold this currency to pay for these goods.

Here’s what that means:

Now, these are all very good reasons for global companies, central banks, and virtually everyone to have at least some U.S. dollars.

And where do they get those dollars? The U.S. government’s debt: Treasury bills and notes. There’s been a massive, global demand for dollars for over 60 years. Even better, from the federal government’s point of view, because all these institutions need dollars, they usually roll the debt forward. When their bonds mature they use the proceeds to buy more bonds.

That would be like your credit card company telling you, every month, “Don’t worry about your balance, pay us later.” For years. For decades. In a sense, the U.S. has charged a massive amount it’s really never had to pay off.

As we’ve seen above, though, that global dollar demand is waning. At the worst possible time, too, just when the supply of U.S. dollars is at a record high.

(That’s probably one reason we’ve seen the dollar’s strength vs. other currencies fading over the last few years.)

But that’s not the worst that can happen…