ill Gates held naked parties with strippers in his bachelor days, his biographer claims – and wonders whether the billionaire will go back to his risqué partying now that his marriage is over.

Journalist James Wallace wrote two books on the Microsoft founder in the 1990s, and uncovered eyebrow-raising details of Gates’s frat-like life as a single man.

In an interview with DailyMail.com, Wallace, 74, said Gates was ‘no choir boy’ in his early days as a tech founder.

‘A lot of those Microsoft kids back then, they were young guys in pizza-stained t-shirts for two or three days working on software code,’ the former Seattle Post-Intelligencer investigative reporter said.

‘Then they would have some pretty wild parties, where they would go out and get strippers in Seattle and bring them over to Bill’s home.

‘He wasn’t a choir boy back then, he wasn’t just this little computer nerd. He did have a life back then.’ 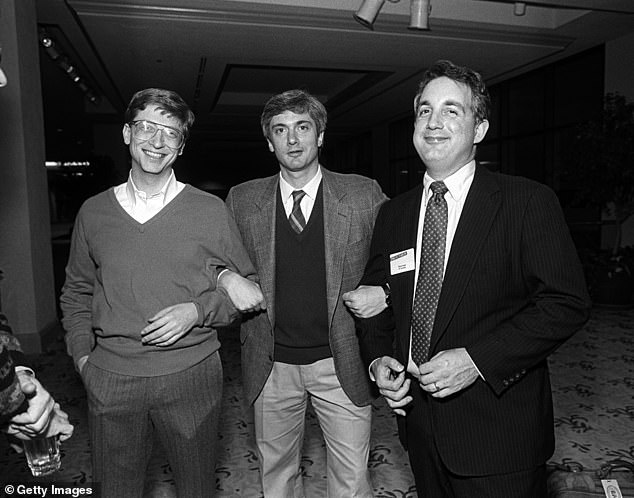 Wallace told DailyMail.com Gates (pictured at a tech forum in 1988) had enjoyed a frat-like life as a single man, often inviting his friends over to his Seattle home where they would swim naked in his indoor pool 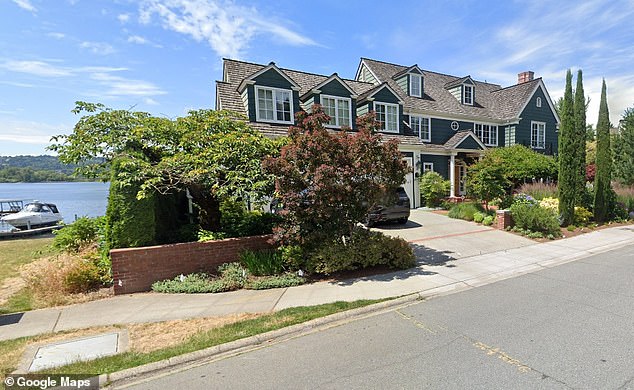 In 1997, Wallace’s second book on the billionaire, Overdrive: Bill Gates and the Race to Control Cyberspace, described the alleged naked parties at Gates’ Laurelhurst, Washington home in even more lurid detail.

The former Post-Intelligencer reporter wrote that national media wanted to keep their flow of technology and business stories from Gates and therefore ‘didn’t report on the wild bachelor parties that Microsoft’s boyish chairman would throw in his Seattle home, for which Gates would visit one of Seattle’s all-nude nightclubs and hire dancers to come to his home and swim naked with his friends in his indoor pool.’

‘Though Gates began dating French [Melinda’s maiden name] in 1988, he continued to play the field for a while, especially when he was out of town on business, when he would frequently hit on female journalists who covered Microsoft and the company industry,’ the author wrote.

‘His womanizing was well known, although not well reported, because Gates and Microsoft spoon-fed stories to industry writers for such papers as the New York Times, and none of them wanted the flow of information to stop.

‘French was well aware of Gates’s womanizing, and consequently their relationship ran hot and cold. At one point, they broke up for nearly a year, reportedly because Gates refused to make any kind of commitment. When they got back together again in 1992, however, the relationship grew closer and stronger.’