For months, I’ve been reading about COVID passports, possibly for airplane and cruise travel, attendance at professional and college sports, and so on. At first, I thought, possibly this makes sense. After all, one infected person among a bunch of people could lead to severe repercussions.

Then, like a thunderbolt, a definitive answer emerged. It came from Bloomfield (CT) High School fellow classmate, Tony Evans, known for his astute political and common sense observations.

In one succinct passage, in social media shorthand, Tony uncorked a gem that everyone ought to heed. He said, “It’s a little too much. ‘Your papers please.’ The federal government collects too much info on all of us already. Should we carry HIV passports, a disease that has killed over 35 million people?”

“Did anyone suggest polio passports 60 years ago, or measles passports? They’ll be testing for drugs or alcohol use next. Or, we’ll have to pass some genetic tests to see if it’s appropriate to reproduce. The more power you give government, the more they abuse it. That’s the nature of the beast.”

Tony acknowledges the short and slippery slope between requesting people carry a health passport, and having the U.S. government, especially under Biden and his puppet masters, adopt Nazi-like posture, such as surrendering ‘your papers’ for everyday activities and travel of any kind.

After reading Tony’s observation, it is clear that we can not go down the path of health-related passports: Consider how government programs are introduced repeatedly under the guise “it won’t be any more than this.” Then, ten years later, or decades later, the program morphs into something unimaginable: Medicare and Medicaid cost; Obamacare, Fannie Mae and Freddie Mac. All have far exceeded their original scope, budget, and mission.

For travel abroad, it might be useful to show verification of vaccination. Domestically, no. People who have not been vaccinated, or can’t be, would experience restricted freedoms. Indeed, ‘no-passport advocates’ say it is fascist to diminish the rights of citizens in the name of questionable public safety.

Over the last 14 months, at least temporarily, we’ve already surrendered too many rights in the name of public safety. We ought not to relent so easily, especially for hard fought rights. In some large states–New York, New Jersey, Michigan, California come to mind–governors have exhibited blatant hypocrisy.

These governors disobeyed their own edicts levied on their residents. De facto, such governors demonstrated that their public safety protocols were not vital or even necessary. In cities where heavy marches, protests, and rioting occurred, few if any mayors lamented the lack of social distancing. 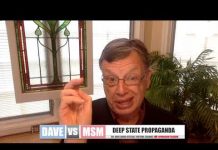