by Makia Freeman, The Freedom Articles: 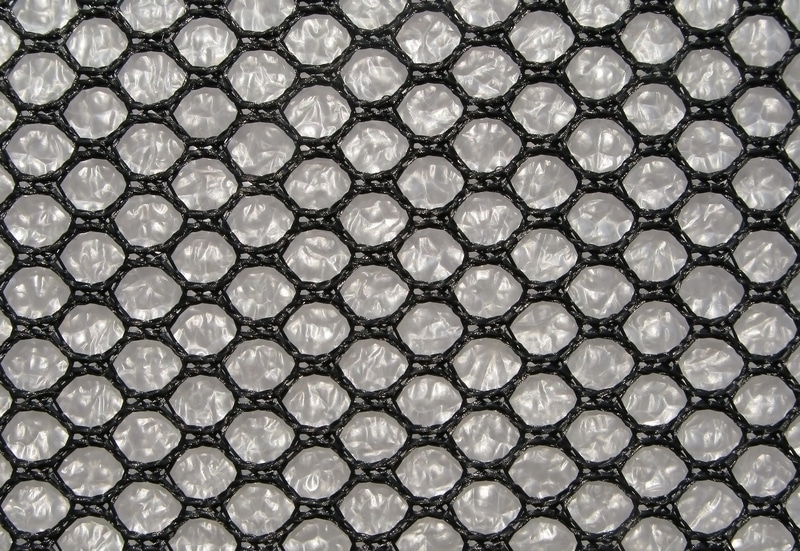 Could advances in magnetic hydrogel

be the reason for the bizarre COVID vax magnet phenomenon? This sensation is becoming very well documented, with numerous COVID vaxxed people worldwide demonstrating on video that a magnet will stick on their arm at the injection site, but nowhere else on their body. TimTruth.com has released another compilation, this time a 47-minute version with people of all ages and cultures showing what happens. It represents overwhelming evidence that this is a real occurrence, despite what desperate debunkers and vaccine apologists claim, although vaccine apologists isn’t a good term for them, since this chemical cocktail injection is a non-vaccine. In some videos, people take the very same magnet off their arm and stick it right back on their fridge where it stays. Metallic nanoparticles is a good guess to explain what could be happening. This article will look specifically at advances in magnetic hydrogel and whether that could explain the phenomenon (for those unfamiliar with this, check out my earlier article on hydrogel).

As a starting point, let’s define the word hydrogel: “a network of crosslinked polymer chains that are hydrophilic, sometimes found as a colloidal gel in which water is the dispersion medium. A three-dimensional solid results from the hydrophilic polymer chains being held together by cross-links.” This military article I have quoted before states that the hydrogel being developed (by Profusa with the help of DARPA) would be composed of 2 parts – “polymer chains” and “an electronic component.” Electronics almost always or always contain metal. A March 2020 study entitled Recent Advances on Magnetic Sensitive Hydrogels in Tissue Engineering goes into great depth analyzing how magnetic hydrogels (that are made using iron oxide-based particles and different types of hydrogel matrices) are being used in biomedical applications for tissue engineering (regenerative medicine that repairs damaged body tissue). They are apparently a suitable substance due to their biocompatibility, controlled architectures and “smart response to magnetic field remotely” which is a giveaway that they biosensors which can be remotely controlled via the Smart Grid. The technology in the public arena is already quite advanced, which means the real tech hidden away in compartmentalized military programs is far, far advanced. The report states:

“Hydrogels have been conducted into the biomedical application to provide a tunable three-dimensional scaffold for cell adhesion, migration, and/or differentiation, and they could also be designed as the platform for the controlled release of cytokines and drugs in tissue engineering and drug delivery … Recently, magnetically responsive hydrogel, as one kind of smart hydrogels, has been introduced into biomedical applications in improving the biological activities of cells, tissues, or organs. This is mainly attributed to its magnetic responsiveness to external magnetic field … Magnetic hydrogels are made of composite materials that possess biocompatibility, biodegradation, and magnetic responsiveness.” 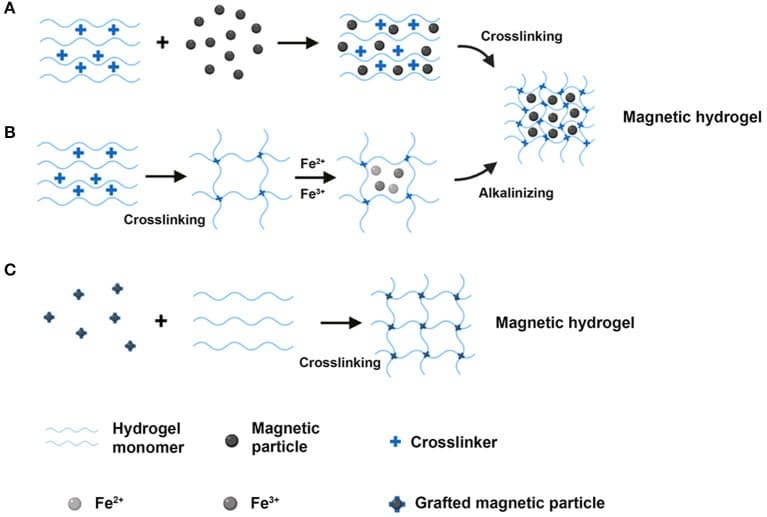 “In addition, more attention should be taken into consideration in evaluating the magnetic hydrogels’ pharmacokinetics/toxicokinetics, metabolism, biodegradation in vivo, and so on, which are of great significance in the applications of tissue engineering.”

An article published December last year on Phys.org entitled Magnetically controlled, hydrogel-based smart transformers describes another study being done on magnetic hydrogel. In this study, the Chinese research team attempted to show proof of concept for a remote controlled transformer (the children’s toy) based on a shape memory hydrogel system. They embedded magnetite (Fe3O4, a type of iron oxide) and magnetic nanoparticles into a double network polymer structure containing gelatin. They used magnetism and light to remotely change the shape of the hydrogel. The report states:

“The reversible coil-triple-helix transformation of the gelatin constituent imbued the hydrogel with shape memory and self-healing properties, while the magnetite nanoparticles gave photothermal heating and magnetic manipulation functions to deform the hydrogel for navigation in a magnetic field. The team could then restore the deformed shape via shape recovery using light irradiation. Zhang et al. remotely controlled the shape-memory processes through magnetically driven actuation and light-assisted shape memory.”

The following quote shows how they control the shape and movement of the hydrogel. What implications are there for those who have the hydrogel inside of them – and how they can literally be remotely controlled – given this is all about controlling robots?

“Magnetic nanoparticles are effective additives to introduce remotely controlled non-contact actuation. When hydrogels are illuminated with near-infrared (NIR) light, these magnetic nanoparticles will continuously convert light into heat, causing the hydrogel to be heated. This will cause reversible deformation of the hydrogel for applications as freely moving soft robots … The team also used the interaction between permanent magnets and the constituent magnetite nanoparticles of the HG-Fe3O4 hydrogel to guide the construct for directional navigation. Using the hydrogel, they showed how magnet-induced directional navigation could guide a soft transformer through a maze. Such experimental concepts have potential for a range of applications as soft carriers to transport cargo for drug delivery and release in biomedicine.”

Jim Stone’s Theory: Nanobots Are Stealing Iron from the Blood

Jim Stone was to my knowledge the first to break this story. His theory is worth considering. He is saying that whatever is being injected is either strongly metallic or generating an intense magnetic field – enough to attract an average fridge magnet when the vaccine needle tip is very small. How could that tiny amount of fluid in the COVID non-vaccine be magnetic enough to attract a magnet through human skin? He thinks the injection contains nanobots which harvest or steal hemoglobin (a type of iron oxide) from the blood in order to construct something. This is quite possible, given that the first study quoted above discussed that magnetic hydrogel was composed of iron oxide-based particles. Jim writes on his site:

“I think whatever was in the vax that is magnetic was some sort of self replicating nano tech, (a chip was not injected) it was instead a nanotech with a bunch of nanobots that are building structures in the arm at the injection site that are magnetic. The needles being used for the vax are too small for an ID chip and an ID chip, even at full size, probably would not be enough to attract a magnet.

If they are going to have nanobots build a magnetic structure in the body, those nanobots have to work with whatever the body has available to do it with. The only readily available source of magnetic metal in the body is hemoglobin in the blood, where a nano tech device could get iron to build something with. I don’t think a shot alone that was only 1CC or less could have made people THAT magnetic. They are VERY magnetic. which means whatever is under their skin making that happen had to come from their own bodies if a magnet will stick to it right through their skin.

At first I figured it might just be the shot and that you’d need a neodymium magnet to see the effect. But ordinary ceramic magnets and flexible refrigerator magnets also work, and they work with force, often over an area 4 inches square. It is not a fringe effect. Something serious is going on with this, that involves the body being instructed to build something that is either metallic or emits a magnetic field.

WHAT IF all the blood clots are happening because the shot released a bunch of nanobots, which attacked the blood to steal it’s hemoglobin so they could build something at the injection site? I BET that’s not a “what if”.”