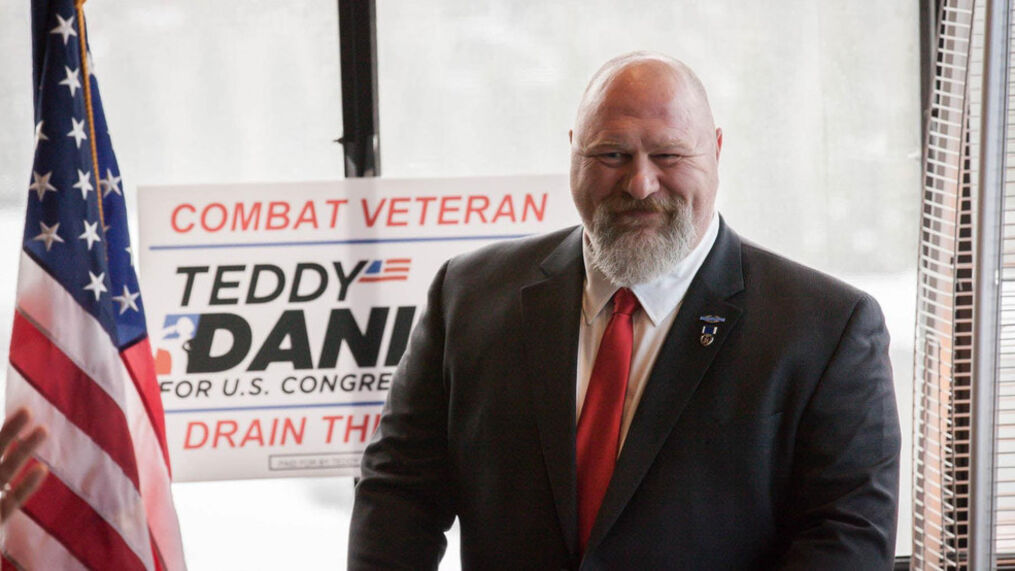 U.S. Congressional candidate Teddy Daniels of Pennsylvania appeared on Big League Politics Live where he described the perilous situation regarding voter fraud in his state.

Daniels explained how Democrats in his state have made a mockery of the election process and have performed virtually every underhanded tactic along the way.

“We have a Democrat governor, but we have a Republican legislature in Harrisburg. So there’s been a lot of reports done. A lot of the counties certified their election results that did not meet the criteria for being certified,” he said.

Daniels said there are over 100,000 votes that have not been properly accounted for, and the Democrats are doing everything in their power to stop a proper investigation from taking place.

“There’s some groups in Pennsylvania that have been pushing for an audit… I belong to the coalition of election integrity, and, during this entire process with COVID and this and that and everything else, the governor, the secretary of state who has now since resigned, and the Democrat-packed Supreme Court in the state of Pennsylvania took the Act 77, the mail-in ballot legislation, and they manipulated it to fit their needs,” he explained.

“They got rid of the signature verification. They added three days to where the votes could be counted. It didn’t have to be postmarked. They would just assume it would be postmarked. So they manipulated the entire system to get the generated result that they wanted,” Daniels added.

He brought up the fact that Democrat attorney general Josh Shapiro boasted before the votes were even counted that Trump could not win the state. They had this all planned out way in advance.

“Numbers aren’t matching up. Something went on here. I saw how in Arizona, they’re pushing the audit of Maricopa County. So why can’t we do an audit of three… Let’s start with three counties,’ Daniels said.

Daniels brought up Philadelphia, Allegany County, and Lazerne County as areas that could be audited in a similar manner as what is presently occurring in Maricopa county in Arizona and Antrim county in Michigan.

“The Democrats should want this just as bad as some of the Republicans do. Election integrity should not be a partisan issue. It should be something that both sides of the aisle should want to take a look at,” he said.

“It’s the Democrats pushing back hard, real hard. I’m urging people to reach out to the Pennsylvania auditor general’s office to request an audit because there were criminal accusations or allegations that were made in this,” Daniels added.

Daniels is supporting a ballot referendum in order to go around the Democrat officials in charge of the state to curtail mail-in voting fraud.

The full BLP Live video featuring can be seen here:

Pennsylvania’s auditor general can be reached at paauditor.gov. More information about Daniels’ run for Congress can be seen here.