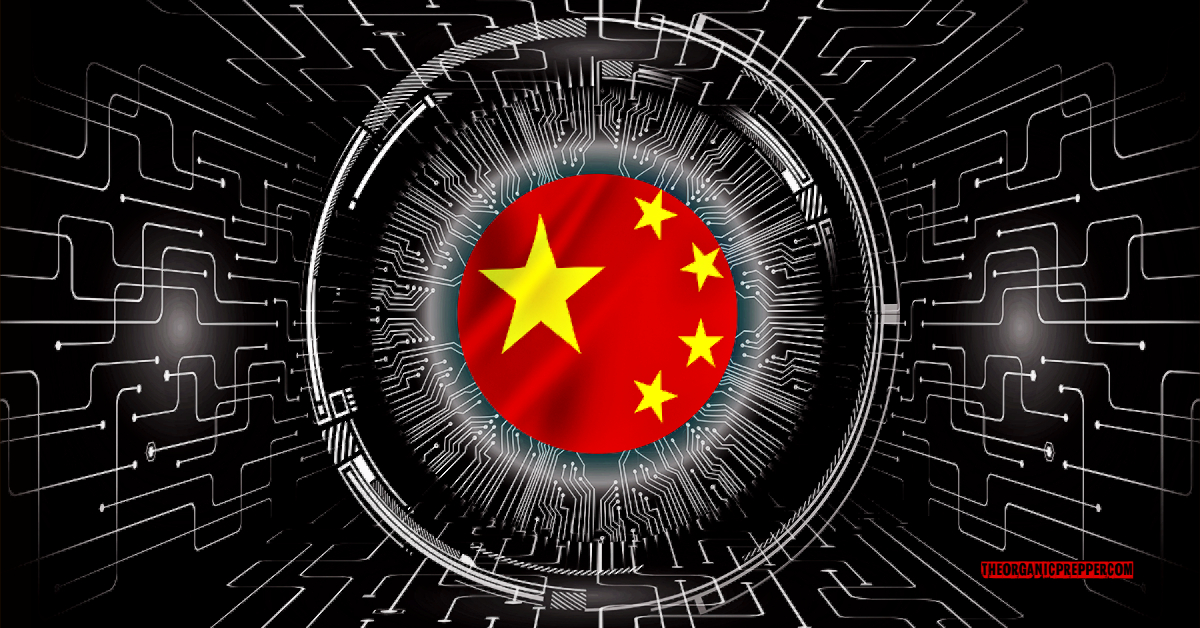 Leaked Chinese government documents obtained by the Epoch Times reveal Chinese leader Xi Xinping has set out to control the entirety of the Internet. In doing so, they would displace the current status of the United States in that regard. According to the documents, Xinping personally directed this effort.

Chinese leader wants to take the “Ruler of the Internet Crown” from the U.S.

In a January 2017 speech, Xi said the “power to control the internet” had become the “new focal point of [China’s] national strategic contest” and singled out the U.S. as the “rival force” that stands in the way of China’s ambitions.

According to the Epoch Times, the ultimate goal is for the Chinese Communist Party (CCP) to control all the content on the global Internet. With that power, the Chinese government can wield what Xi described as “discourse power” over communications discussions worldwide.

An article previously published on The Organic Prepper revealed what was once considered a conspiracy to be true. China is already spying on millions of people. And they aren’t in China. Can you imagine what would happen if Xi Xinping gets his wishes?

Xi paints a picture of his vision of “using technology to rule the internet.” His goal is to achieve total control over every part of the online world. That includes the online ecosystem. I.e., content, applications, capital, quality, and human resources.

Xi made his remarks at the fourth leadership meeting of China’s top internet regulator, the Central Cyberspace Affairs Commission. (Beijing-Jan 4, 2017.) Internal documents issued by the Liaoning provincial government, located in northeastern China, detailed the remarks. In another speech in April 2016, Xi stated in the “struggle” to control the Internet, the CCP has switched from playing “passive defense” to playing both “attack and defense.” This statement is according to an internal document by the Anshan city government in Liaoning Province.

As per The Epoch Times, after creating the Great Firewall, one of the largest and most sophisticated censorship and surveillance programs, the CCP under Xi is looking to expand outwards. A Chinese internet that promotes squashing of the free flow of information, freedom of speech, or access to knowledge appears to be Xi’s goal.

“Red Zone” content refers to discourse friendly to and aligned with the CCP’s propaganda.

In a leaked speech from August 2013, Xi said, “We must consolidate and expand the red zone and expand its influence in society. We must bravely enter into the black [and fight hard] to gradually get it to change its color. We must launch large-scale actions targeting the gray zone to accelerate its conversion to the red zone and prevent it from turning into the black zone.”

Inside China, the CCP maintains an iron fist on online content through the Great Firewall, which bans foreign websites. The CCP also maintains a massive online troll army, also known as the “50 cent Army” which helps manipulate online discussion. A report from the U.S. Military Industrial Complex (neoconservative) pro-war think tank the Jamestown Foundation claims the CCP holds 2 million paid internet commentators. It also has a network of 20 million part-time volunteers to carry out online trolling.

Keep in mind the source and the fact that the United States also maintains its army of bots.

Nevertheless, in 2017, Xi told the government to develop a larger group of “red” online influencers to shape users’ perceptions regarding the CCP. He also called to expand the 50 cent army to operate both inside and outside of China and China’s Internet.

Is China setting the stage for an Internet War between them and the U.S.?

China’s leader has already urged his soldiers to prepare for war. Now, it seems a new war is on the horizon. Xi is playing the long game in his attempts to gain control over the internet.

China has allegedly escalated its effort to influence online opinion overseas regarding various topics. These topics include racial tensions and the pandemic in the United States.

An article on CircleId states, the Epoch Times reporters claim that Xi said the following: “(t)o realize its ambitions, Xi emphasized the need to ‘manage internet relations with the United States,’ while ‘making preparations for fighting a hard war’ with the country in this area.” Also, “American companies should be used by the regime to reach its goal.”

And here we find ourselves right where Lenin predicted when he said that “the Capitalists will sell us the rope with which we will hang them.”

The United States continues to waste resources attempting to destroy Syria, prop up Israel, and maintain a global empire. Meanwhile, it is doing virtually nothing to protect internet freedom for itself or the rest of the world. Its own ability to access information is at risk. Censorship is already becoming rampant in the US and anyone who complains or points this out is at risk of being destroyed. Can you see the iron curtain coming down around Western countries?