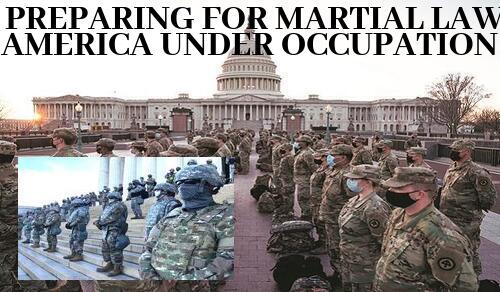 The election of 2020 proved to most patriotic Americans that elections could be tampered with if not outright stolen. Progressive socialists call the election the “Big Lie.” I admit they are right. They thump their chests and tell us that the election was held following the requirements of our Constitution. Thousands of affidavits signed under penalty of Perjury were ignored, as were observations of people on the ground from both parties. There are recounts in Arizona, and will be more recounts in other states.

If the election was so straightforward, why do we still have a military presence in our Capitol.? This is not a position of answering to the American people. This is a show of force to silence the citizenry for what is to come. The political agenda of the progressive socialists will bring willful and immediate resistance, forcing a breakdown of the functional political order that has been part of the American landscape for over 250 years.

Those who protect our country, law enforcement, and the military (including veterans such as myself), have been designated domestic terrorists by our government. DHS has stated that the greatest threat to our country is domestic right-wing terrorism. People who love our country and defend our Constitution are now labeled as terrorists, to be ostracized from society. This does nothing more than instigating attacks upon conservatives like law enforcement and veterans and silence any conservatives who dare to speak their mind.

The tribal identity politics of the progressive socialists are in conflict with the laws and culture that define the American Dream. The self-government of the individual has been lost in a haze of perpetual punishment and devastation of what the leftists call the oppressor groups. They banter around buzzwords like “systemic racism” and White supremacy” and have been for so long that the words have become meaningless.

Identity politics which started in universities, have spread to many of our major corporations and institutions. Media spreads the propaganda, and loudmouth liberals spew hatred for anyone who doesn’t think or look like them. And then they pound the table about discrimination. They spend all the energy that they used to build these companies to slander and attack the American way of life. They claim the rule of law is white supremacist (another useless term), call us homophobes for standing for the American family, and call us xenophobic for wanting secure borders. 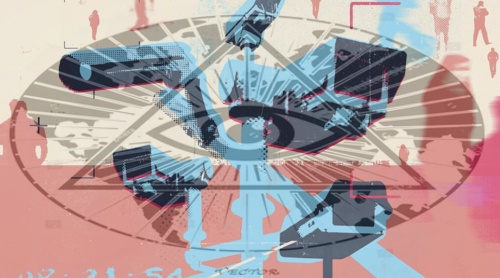 Platitudes have a tendency to fall apart when questioned. The progressive socialists cannot name a country that has survived in the modern world without borders or a strong family structure. Even in this country, look what our country has done to the black family. Since Lyndon Johnson, the progressive socialists have convinced many black families that they don’t need a father, the government will take care of them.

Big tech companies, along with corporations and complicit with the progressive socialists in the Democrat party, are doxxing those who disagree with them to cyber stalk and harass those patriots.

We are well on the way to undeclared martial law, where there will be arrests for not complying with the government’s mandates. We have already seen this with the China virus. People have been bludgeoned because of not wearing a face mask, where neighbors have turned into snitches on their neighbors. Is that the world that we want to live in? Do we want to live in a country where your business can be burned down or your church destroyed just because you don’t agree with the socialist ideology they are trying to force on us?

Even the United States Postal Service is following communications of selected individuals who are considered a threat. The question is, who are the people they are following, and who chose them. And please explain why departments such as the FDA, VA, and the Smithsonian have been hoarding an arsenal. Why is our government becoming so militarized towards its own citizens? Why is our government becoming all-knowing and all seeing of its citizens?

The entrenched Deep-State runs the bureaucracy with little care for the morals, culture, and understanding of what is needed to make America the lasting constitutional republic it is to be. This unelected official and the progressive socialists in the Democrat party hold the patriotic citizens of this country in contempt. They have the religions of normal citizens in contempt using the atheism they want in a religious place to start the new communism.