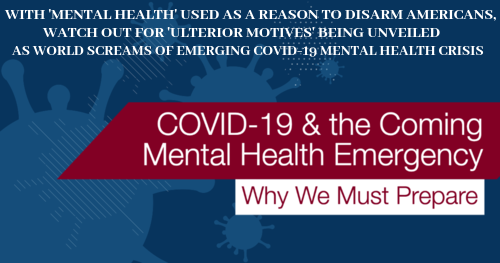 If it wasn’t bad enough that Americans have a new ‘scourge’ to contend with in April of 2021 with ‘pandemic zoom zombies’ scurrying about the streets, we learn in a new story over at Yahoo that according to a recent study, roughly one in three ‘pandemic survivors’ are now suffering from mental health problems and other brain and neurological problems and disorders.

With suicides spiking while younger Americans are being isolated due to the lockdowns and social distancing, leaving many younger Americans feeling despondent, angry, listless, afraid and suicidal as we see in the chart below, as that Yahoo story reported, one in three in a study of more than 230,000 mostly Americans diagnosed with a brain or psychiatric disorder within six months of their contracting Covid suggests the pandemic could lead to a wave of mental and neurological problems.

And with families across the country watching their previously happy and chatty children turning into depressed, anxiety-ridden ‘pieces’ of their former selves, researchers aren’t quite sure EXACTLY how the virus was linked to numerous psychiatric conditions. Though simply looking at America in 2021 will tell you the answer, with ‘free people’ being locked away, turning even the most happy people into ‘slaves’.

So with numerous stories out over the past several weeks alone warning of a massive mental health crisis ahead for America, we’d be wise to take the advice from Proverbs 16:27 and make ourselves busy doing God’s work, with “Idle hands the devil’s workshop; and idle lips his mouthpiece, literally.”

In the final section of this story below, we’ll be taking a look at a paper written by ANP reader Maria Kneas for her Pastor, with Maria sending it to us after doing research into whether or not there would be an uptick in suicides due to social distancing and the other stresses that people have been going through in the last year.

Titled “Suicide Is the Devil’s Con Game”, Maria thought that other ANP readers might want to read it, just in case any of you know somebody who is now suffering from depression or having suicidal thoughts in this insane day and age we’re now living in. 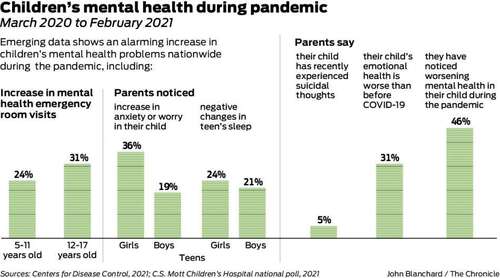 And as we’ll see in this new story over at Fast Company, many of those who are now turning into ‘zoom zombies’ following videoconferencing are from the same younger American generations now suffering from depression due to ‘isolation‘.

Americans have a new pandemic-related problem to worry about: zombies. No, not the kind that kills to eat brains, but the type that kills because their own noggins aren’t operating at full capacity.

So-called Zoom zombies are terrorizing U.S. drivers and pedestrians, according to the Root Insurance Distracted Driving Awareness Survey, released today. According to the survey, 54% of motorists who have driven their vehicles soon after using a videoconferencing platform report having trouble concentrating on the road. The age of the person behind the wheel impacts how well he or she can focus on driving. For Generation Xers, the attentiveness problem drops to 48%, while for millennials, it’s 61% and Gen Z, 65%.

“Don’t Zoom and drive” may become the new popular refrain for the pandemic era.

As they also reported in the next section of their story below, while Democrats have long talked about the ‘fundamental transformation of America’, thanks to Covid-19, we’re watching it happening now before our eyes.

“COVID-19 fundamentally changed the way we interact with our vehicles,” Root Insurance founder and CEO Alex Timm says in a written statement. “As many abruptly shifted to a virtual environment, Americans’ reliance on technology dramatically increased along with their screen time, causing a majority of drivers to carry this distracted behavior into their vehicles.”

Use of videoconferencing tools has skyrocketed since last March when COVID-19 brought normal life in the United States to a halt. Tools like Skype, Google Meet, and Webex are now the go-to for everything from family birthday parties to theater performances, though it’s work meetings that generally require the most concentration.

Experts explain that videoconferencing saps more brain power than in-person ones because you have to pay more attention. Participating in a video call, usually from your own home, requires you to block out all the personal belongings surrounding you, interruptions from roommates or partners, children running around, household chores, etc.