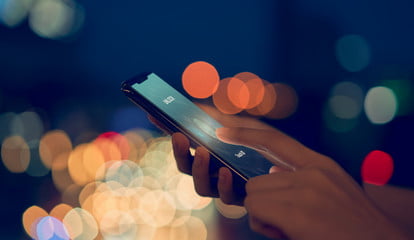 South Korea has announced that only those with a vaccine passport may go about living “their daily lives.” No one else can buy, sell, or be employed.

I am far from a biblical scholar but this sounds alarmingly like the mark of the beast.  Since we all know we are living under the beast system now, it stands to reason that this will be coming everywhere.

“The introduction of a vaccine passport or ‘Green Pass’ will only allow those who have been vaccinated to experience the recovery to their daily lives,” the prime minister noted while unveiling the new identification. He added that South Korea was following the lead of other nations that claim to have developed systems capable of verifying vaccination status without storing other private information, according to a report by RT.

This is coming to the United States. Since beginning its nationwide vaccination drive in February, South Korea has administered Covid-19 shots to more than 850,000 people. It aims to vaccinate 12 million citizens by June.

There has already been massive opposition to this type of control. People are waking up, but far too many have yet to figure out what’s going on.  This is a huge step for those pushing the New World Order system of slavery.

There have been calls for the creation of a standard vaccine passport system that could be used worldwide. Members of the G7, an intergovernmental group consisting of the world’s major industrialized countries, are reportedly considering a universal health ID, according to reports. They literally want us to get permission to be on this planet. They want to own the globe and everyone on it. This is dystopian on a level that’s difficult to comprehend.

It’s no longer about money. They have it all and can add as much to their own bank accounts as they see fit and will continue to steal from us to pad their pockets while calling it taxation. This is about control. They need people to willingly submit to their permanent enslavement so the few can rule over the many with no chance of actual freedom.

As I have said before, they will treat us like slaves as long as we act like slaves. At least until everyone is fully controlled under their oppressive system in which no one will dare step out of line. They have it tied up so there will be no escape.

Stay alert and vigilant. Use critical thinking and discernment. Stay prepared always and know you are sovereign. What the rulers fear the most is people realizing they do not have to be slaves.