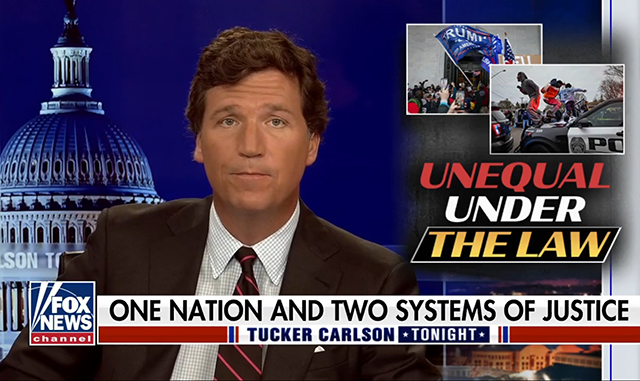 Tucker Carlson on Wednesday night spoke out against the FBI’s heavily-armed raid of Infowars reporter Sam Montoya and noted how the feds are dropping charges against the Portland rioters while aggressively prosecuting Capitol protesters.

“You see what’s going on, you hate even to say it out loud but it’s too obvious to ignore,” Tucker Carlson said. “Two systems of justice, one for the allies of the people in charge and one for their enemies!”