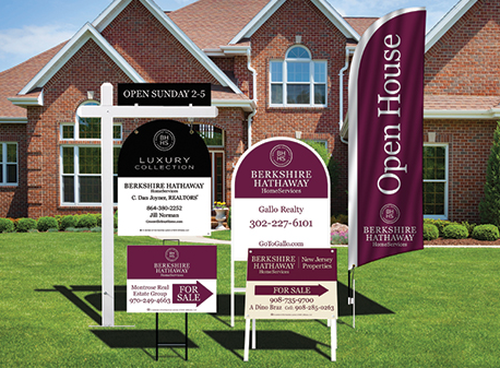 If there has been one surefire beneficiary of the Fed printing trillions of new dollars and bailing out the entire U.S. economy at the cost of what will likely be a hyperinflationary disaster in the future, it has been the housing market.

The real estate market has surged into 2021, as newly cash flush U.S. citizens (thanks to a slew of government ‘free money’) leave cities and look to settle down in the suburbs. To say the market is running hot would be a vast understatement.

And this, of course, has resulted in an influx of new realtors. In fact, as the Wall Street Journal reports, “there are more real-estate agents than homes for sale in the U.S.”. It marks only the second time in history The National Association of Realtors member count is above the number of homes on the market. The other time was in December of 2019.

The business is pretty fluid. NAR, which represents the majority of active U.S. residential real-estate agents and brokers, said about 15% of its membership turns over every year. Agents usually work as independent contractors, and many work part time.

The number of agents also tends to roughly correlate with the performance of the housing market. The ranks of NAR rose to 1.37 million in October 2006—shortly after the market’s peak—then bottomed out around 960,000 in March 2012, following the housing crash. NAR membership has risen every year since.

Real estate broker Redfin says it is now hiring 162 people a week after furloughing 41% of its agents in April of last year. At the same time last year, it was hiring just 92 people per week.

Because of the glut of realtors, many are finding it difficult to churn up business for themselves. Many new realtors are defectors from the hospitality industry, where innumerable bartenders, waiters, hosts and cooks have all been laid off due to (the government’s response to) the pandemic. But being a realtor is often times easier said than done.

“There are very low barriers to entry, in terms of the ease of getting a real-estate license. But the barriers to success are very high,” one Re/Max employee said.

The Journal highlights Michael Mitchell in Boston, who got his license in October 2020 after being laid off from another job. He has yet to get a deal done.

“I’ve learned some aspects of the business, but it’s hard to connect with people…that you’ve never met,” he said.

That’s because buyers and sellers generally like to drift toward agents who have track records and experience to fall back on. Realtors with under two years of experience earned a median gross income of just $8,900 from their real estate work in 2019, the report says. As you stay on the job longer, that median gross income rises.

Another new realtor, Diana Dorel Gutierrez, shared what she was told by her new co-workers:

“They said, ‘You don’t have any idea what you’re in for. This is the worst time to be an agent [for buyers] and the best time if you’re the listing agent.’”