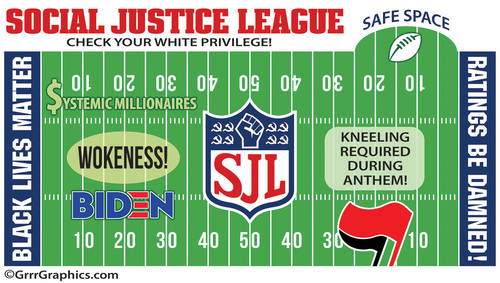 According to the moderns, millennials, and malevolent, evil does not exist anymore. More subtlety and confusingly, they call good evil and evil good, and God warned us about that. He said, “Woe to those who call evil good, and good evil…”

The Homosexual Lobby has belittled, bullied, badgered, and blackmailed non-thinking Americans and Canadians into accepting, approving, and even applauding their deadly homosexual lifestyle. We are expected to believe it is only an alternative lifestyle. You know, you love one way. I love another. It’s still love and who can deny, debate, and denigrate love? However, it is “love that dare not speak its name.” It is so vile that decent people did not even discuss it in polite society until recent years.

Today, because of the successful con job by homosexuals, America has developed an infatuation with the rude, the crude, and the lewd; however, average citizens are waking up and speaking out in defense of centuries of common sense and Bible teaching. Astute people don’t (with the wave of the hand) turn their backs on thousands of years of civilization.

We are striking back and hitting pro-homosexual firms in their cash register. As Christians, we will turn the other cheek but not write another check to support evil. It is not very smart to fund your own demise. We don’t tip the executioner to use a sharp ax to expedite a clean cut of our neck as some did in centuries past.

I don’t drink Coke or eat Girl Scout cookies watching professional sports. I hope you will do likewise. Anyway, that kind of stuff might send you to Heaven quicker than your scheduled departure. I will survive not reading National Geographic after they promoted transgenderism; besides, they still haven’t heard that evolution is false, a failure, and a fraud. Another reason they should shut down their presses and quietly disappear. Moreover, we can survive very well without rushing to get Target’s weekend specials. Furthermore, I would not go to Disney if the entrance fee were a dollar.

I think it is more than a dollar. 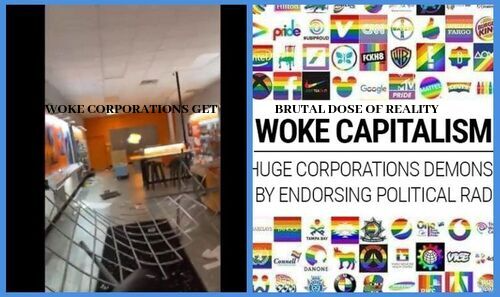 I am sure many people who don’t identify with Bible-believing Christians will also get involved with boycotting Target, Disney, Proctor and Gamble, etc. No doubt, we will pick up a few stray nuts and others who loaf on the fringe of every group, but we will have to live with that. I am willing to admit that not all the nuts are in the Homosexual Lobby. Some are in the church lobby, carry a Bible, and wear a silly grin—and maybe a silver cross around the neck. For sure, not all nuts are on trees. No doubt, some of the Repulsive Radical Religious Right will get involved. However, we will disavow them with the understanding that it is still not illegal to be a religious nut in America—until they start mixing the Kool-Aid.

If Christians are silent, where will the pressure come from to do right? Some tell us that boycotts are ineffective, and when they fail, it only makes us look foolish. However, my boycotts always succeed because I know they are not living on my dollar. Nevertheless, I’d rather be perceived as a fool and a failure than a follower of the wrong side in this cultural war.

Christians have a responsibility to live daily lives so that those around us will know we do not support evil causes. We are in a war, and except for the final outcome, no one is guaranteed to be on the winning side of every battle. One thing for sure, I don’t want to be on the sinning side! Wars of principle must be fought even if there are battle loses; moreover, there have been some very successful boycotts by pro-family groups.

Target officials met with American Family Association leaders that produced a friendly but flawed, final, and fatal conclusion: Target will continue its insane, insensitive, and indecent policy of permitting make-believe women in real women’s restrooms and changing rooms! Target sees it as noble to provide admittance to restrooms for men who pretend to be women, and real women must live with it.Target officials are unconcerned with safety, privacy, and decency. Making people feel good is preferred over women’s safety!

The loonies have taken over. Such a business deserves to go belly up, and other companies—toying with twisted tolerance—may get the message that a gold star from the LGBT crowd is not worth going bankrupt.

The Target boycott should be permanent and stopped only after its burial. I won’t stop my boycott with rumors of its funeral, and after all, I believe in resurrection.

Christians are commanded to be salt and light in this world. The function of salt is mainly negative since it prevents decay, while the function of light is positive. Light always, without exception, drives away the darkness. Christians are failing this generation by not being the preserving salt and the prevailing light. Consequently, Americans are asking, “Where am I going in this handbasket?”

I think I know America’s destination.

As a Christian, everything I have belongs to God. I am a steward of all I possess and will one day give an account to God of how I used His resources. If the culture wars are won by the permissive crowd, it will change America forever. It will mean the killing of more innocent babies. It will mean general acceptance of immoral behavior that will destroy lives, damage our healthcare system, and deny Christians the right to express their faith in the marketplace. I refuse to leave such a society to my grandchildren without taking a stand–even if I fail.

We live in a society that refuses to recognize right from wrong; consequently, we must choose the right and oppose the wrong. However, opponents tell us that right and wrong cannot be established but are arbitrary. To those people, the Bible is not a guide for human behavior. After all, it condemns most people’s lifestyles; so shallow people think by not believing the Bible, they are free from its condemnation. The message from the media and many weaklings in the clergy is that God is dead, morality is irrelevant, and perversion is in everyone’s future. So, why fight it?