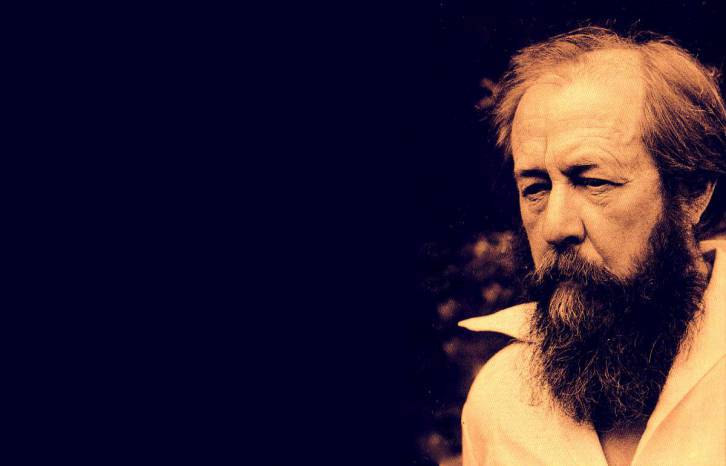 As a survivor of the Communist Holocaust I am horrified to witness how my beloved America, my adopted country, is gradually being transformed into a secularist and atheistic utopia, where communist ideals are glorified and promoted, while Judeo-Christian values and morality are ridiculed and increasingly eradicated from the public and social consciousness of our nation.

Under the decades-long assault and militant radicalism of many so-called “liberal” and “progressive” elites, God has been progressively erased from our public and educational institutions, to be replaced with all manner of delusion, perversion, corruption, violence, decadence, and insanity.

It is no coincidence that as Marxist ideologies and secularist principles engulf the culture and pervert mainstream thinking, individual freedoms and liberties are rapidly disappearing. As a consequence, Americans feel increasingly more powerless and subjugated by some of the most radical and hypocritical, least democratic, and characterless individuals our society has ever produced.

Those of us who have experienced and witnesses first-hand the atrocities and terror of communism understand fully why such evil takes root, how it grows and deceives, and the kind of hell it will ultimately unleash on the innocent and the faithful. Godlessness is always the first step towards tyranny and oppression!

Nobel laureate, Orthodox Christian author, and Russian dissident, Alexander Solzhenitsyn, in his “Godlessness: the First Step to the Gulag” address, given when he received the Templeton Prize for Progress in Religion on May of 1983, explained how the Russian revolution and the communist takeover were facilitated by an atheistic mentality an a long process of secularization which alienated the people from God and traditional Christian morality and beliefs. He rightly concluded: “Men have forgotten God; that’s why all this has happened.”

The text of his Templeton Address is provided below. The parallels with the current crisis and moral decay in American society are striking and frightening. Those who have ears to hear, let them hear!

“Men Have Forgotten God” – The Templeton Address
by Aleksandr Solzhenitsyn

More than half a century ago, while I was still a child, I recall hearing a number of older people offer the following explanation for the great disasters that had befallen Russia: Men have forgotten God; that’s why all this has happened.

Since then I have spent well-nigh fifty years working on the history of our Revolution; in the process I have read hundreds of books, collected hundreds of personal testimonies, and have already contributed eight volumes of my own toward the effort of clearing away the rubble left by that upheaval. But if I were asked today to formulate as concisely as possible the main cause of the ruinous Revolution that swallowed up some sixty million of our people, I could not put it more accurately than to repeat: Men have forgotten God; that’s why all this has happened.

What is more, the events of the Russian Revolution can only be understood now, at the end of the century, against the background of what has since occurred in the rest of the world. What emerges here is a process of universal significance. And if I were called upon to identify briefly the principal trait of the entire twentieth century, here too, I would be unable to find anything more precise and pithy than to repeat once again: Men have forgotten God.

The failings of human consciousness, deprived of its divine dimension, have been a determining factor in all the major crimes of this century.

The failings of human consciousness, deprived of its divine dimension, have been a determining factor in all the major crimes of this century. The first of these was World War I, and much of our present predicament can be traced back to it. It was a war (the memory of which seems to be fading) when Europe, bursting with health and abundance, fell into a rage of self-mutilation which could not but sap its strength for a century or more, and perhaps forever. The only possible explanation for this war is a mental eclipse among the leaders of Europe due to their lost awareness of a Supreme Power above them. Only a godless embitterment could have moved ostensibly Christian states to employ poison gas, a weapon so obviously beyond the limits of humanity.

The same kind of defect, the flaw of a consciousness lacking all divine dimension, was manifested after World War II when the West yielded to the satanic temptation of the “nuclear umbrella.” It was equivalent to saying: Let’s cast off worries, let’s free the younger generation from their duties and obligations, let’s make no effort to defend ourselves, to say nothing of defending others-let’s stop our ears to the groans emanating from the East, and let us live instead in the pursuit of happiness. If danger should threaten us, we shall be protected by the nuclear bomb; if not, then let the world burn in Hell for all we care. The pitifully helpless state to which the contemporary West has sunk is in large measure due to this fatal error: the belief that the defense of peace depends not on stout hearts and steadfast men, but solely on the nuclear bomb…

Today’ s world has reached a stage which, if it had been described to preceding centuries, would have called forth the cry: “This is the Apocalypse!”

Yet we have grown used to this kind of world; we even feel at home in it.

Dostoevsky warned that “great events could come upon us and catch us intellectually unprepared.” This is precisely what has happened. And he predicted that “the world will be saved only after it has been possessed by the demon of evil.” Whether it really will be saved we shall have to wait and see: this will depend on our conscience, on our spiritual lucidity, on our individual and combined efforts in the face of catastrophic circumstances. But it has already come to pass that the demon of evil, like a whirlwind, triumphantly circles all five continents of the earth…

By the time of the Revolution, faith had virtually disappeared in Russian educated circles; and amongst the uneducated, its health was threatened.

In its past, Russia did know a time when the social ideal was not fame, or riches, or material success, but a pious way of life. Russia was then steeped in an Orthodox Christianity which remained true to the Church of the first centuries. The Orthodoxy of that time knew how to safeguard its people under the yoke of a foreign occupation that lasted more than two centuries, while at the same time fending off iniquitous blows from the swords of Western crusaders. During those centuries the Orthodox faith in our country became part of the very pattern of thought and the personality of our people, the forms of daily life, the work calendar, the priorities in every undertaking, the organization of the week and of the year. Faith was the shaping and unifying force of the nation.