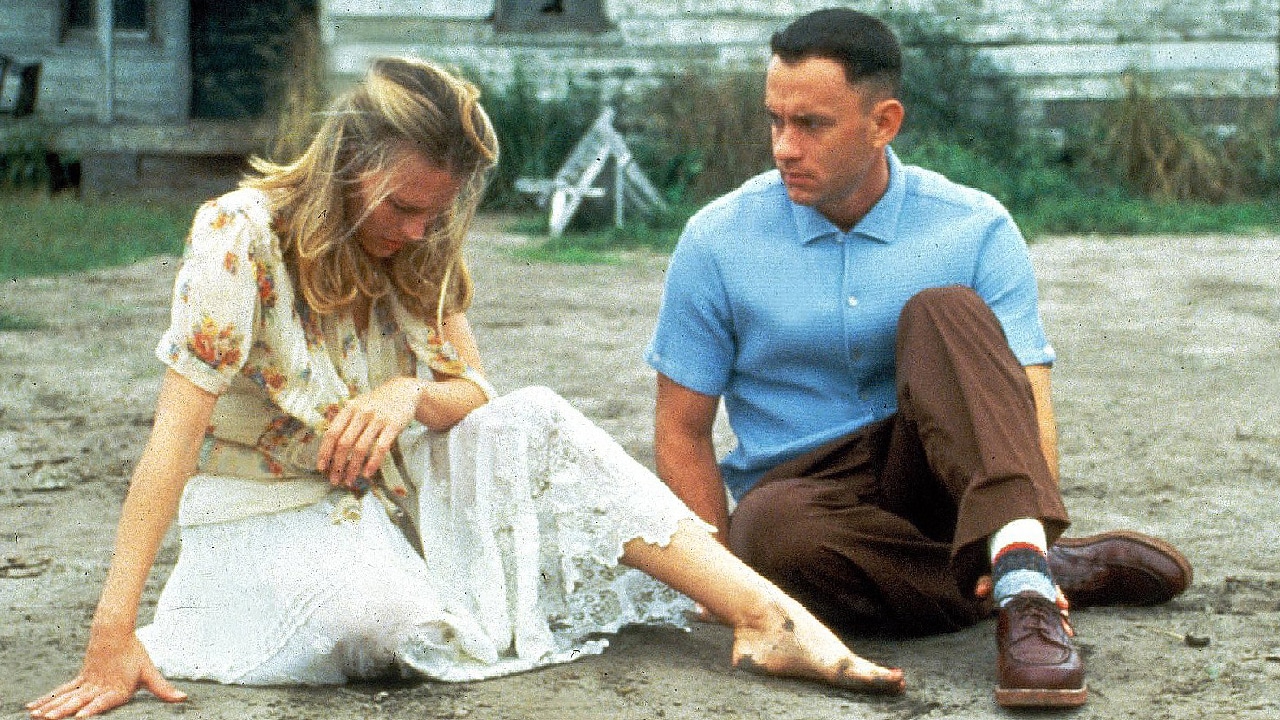 Forrest Gump is a classic movie about a simpleton who goes on to accomplish great things. However, through powerful symbolism, the movie tells a much bigger story about the opposing forces that shape America’s destiny.

Forrest Gump is one of those movies that needs no introduction. Ever since it was released in 1994, the movie became an instant classic which is now deeply ingrained in popular culture. Proof: Over 25 years later, we still hear people doing the “life is a box of chocolates” line with a bad Alabama accent.

Directed by Robert Zemeckis, Forrest Gump is based on the 1986 novel of the same name by Winston Groom. However, the movie differs greatly from the book as key details were reshaped to tell a narrative and powerful symbols were infused to turn the story into a massive allegory.

As its name stipulates, Forrest Gump revolves around the life of a slow-witted yet kind-hearted man from Alabama who goes on to accomplish great things. In fact, he ends up taking part in most major events in American history between the 1950s and the 1980s.

That’s a lot of accomplishments for one person. That’s because Forrest Gump represents more than a single person. He represents a force, a spirit that characterized America, defined its people, and fueled its history.

There’s also another force that defined American history. And it is represented by Jenny, Forrest’s lifelong friend who ultimately becomes his wife. Through their tumultuous relationship, the movie compares the history of the United States to a feather that is transported by contrary winds. Is it all random? Or is there an ultimate destiny?

Here’s a look at the profound symbolic meaning of the movie’s characters.

Forrest is a God-fearing country boy from the South. He represents the heart and soul of America. Despite being slow-witted, he’s been inculcated with strong moral values from a young age. This fact is illustrated in the first scenes of the movie.

As a young boy, Forrest had to wear leg braces.

As Forrest tries on his leg braces, the doctor says to his mother:

“His legs are strong, Mrs. Gump, as strong as I’ve ever seen. But his back’s as crooked as a politician. But we’re going to straighten him right up now, aren’t we, Forrest?”

While the braces did straighten out Forrest’s back, they also symbolize the moral rectitude he’s been imparted with since childhood – a trait that will define his entire life. And this rectitude is mostly the result of his mother’s love, care, and knack for teaching Forrest important values in words he could understand.

Forrest lives in a house that’s been in his family since his ancestors came to America.

On Forrest’s bedroom wall is a crudely drawn American flag. Forrest represents the spirit that emerged from this environment.

Elvis was a guest at this house and Forrest was the inspiration behind his iconic dance moves. It is the force represented by Forrest that made America a driving force in popular culture.

Forrest’s actions are not guided by his mind but by his heart. In fact, his brain is nearly incapable of making calculated decisions based on self-interest. As a result, Forrest gets called “stupid” his entire life. To which he automatically replies:

“Stupid is as stupid does”.

This phrase, which was taught from his mama, means that one’s intelligence is judged by one’s actions and accomplishments. And, judging by Forrest’s long list of incredible successes, he cannot be defined as stupid. By extension, although wholesome America is not particularly intellectual, the spirit that animates it makes it “run like the wind”.

At one point, Forrest grows out of his braces and starts running.

The braces (which represent Forrest’s moral rectitude during his formative years) appear to have given him a superpower: He runs really fast.

Later in the movie, Forrest’s running allowed him to become a star athlete, a war hero, and even a business mogul. He represents the force that made America a cultural, military, and economic superpower. That force comes from the people themselves, whose unwavering loyalty and dedication to “doing the right thing” (even if this right thing is actually wrong) helped America rise during the 20th century.

On several occasions, Forrest even seemed to be blessed by God. On a wider scale, this can allude to the concepts of Manifest Destiny and American exceptionalism which stipulate that “America is a nation called to a special destiny by God”.

But before Forrest accomplished anything, he needed a push. And it came from the love of his life who also represents the other side of America.

Forrest meets Jenny on the school bus – a recurring symbol representing the start of a new era.

Forrest describes Jenny as his “most special friend, his only friend”.

Forrest and Jenny spend a lot of time on “their” tree – a gigantic oak tree that appears several times during the movie. With its massive roots firmly gripping the Alabama soil, this tree represents the fact that, despite their differences, Forrest and Jenny are one of the same.

While, according to Forrest, the two friends are “like peas and carrots”, they couldn’t be more different. First, Jenny is intelligent and creative. Second, despite being born in the same area as Forrest, her family background is radically different: While Forrest was raised by a loving mother, Jenny lived with a violent and abusive.

Jenny’s rundown house represents the other, “unwholesome America” which creates people who end up resenting it. While hiding from her father, Jenny prays:

While Forrest runs all over the place with his feet on the ground, Jenny’s greatest wish is to fly away. Eventually, Jenny does end up far away from her broken home … but her life doesn’t really get any better. No matter where she went, she couldn’t escape herself.

Jenny had a dream of becoming a “famous folk singer like Joan Baez”. However, the closest she came to her dream was by performing at a “gentleman’s club”.

While Forrest ended up living the American dream to its fullest extent, Jenny’s dreams were crushed.

Whether it was due to her traumatic past or not, Jenny does not follow the same rigid moral compass as Forrest. While Forrest remained stubbornly loyal to his girl and his country, Jenny flirted with all kinds of men, ideas, and movements.

During the 60s, Jenny became a hippie and embodied the counter-culture movement in the United States. While she often drifted apart from Forrest, sometimes they end up back together. On a symbolic level, America is sometimes torn apart by strong cultural divides (represented by Forrest and Jenny). However, some events lead to reunification.

For instance, when Gump came back from Vietnam, he mistakenly ended up in a “vets for peace” group which protested against the war. Despite his loyalty to his country, Forrest’s innate honesty caused him to speak his mind about the war.