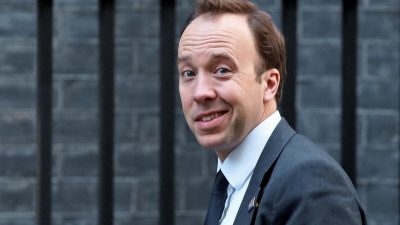 When I look back over the last year or so of the pandemic, I can forgive the first couple of months. We were all finding our feet with a largely unknown entity. However, as a clinical scientist with over 30 years in NHS laboratories and as an academic researcher with over 200 peer-reviewed clinical research articles in scientific and medical journals (including over 130 involving use of the polymerase chain reaction [PCR]), I found my views increasingly divergent from those of the Government and its advisors. Those who know me will know that it takes a lot to get me annoyed, but I could not sit by and do nothing when I could see the immense damage being done to countless lives and businesses in the name of supposedly protecting us from SARS-CoV-2.

But let me say at the start; I am not one to deny the damage that COVID-19 can do. (And I deliberately use that term, rather than SARS-CoV-2. It’s the disease that causes the problems – most people manage the virus without much difficulty.) COVID-19 can be very nasty and my heart goes out to all those affected. But the way in which the Government handled the pandemic has, in my view, been shocking. It’s felt like it has focused blindly on the virus (and not very well at that either – just think about PPE in care homes for a start) and ignored the massive implications on every other level.

So I wrote. I wrote letters to the local paper, emailed the Chief Medical Officer, submitted evidence to a Parliamentary Inquiry, signed the Great Barrington Declaration, published scientific papers on the ineffectiveness of face coverings and on the non-Covid harms to people with diabetes, and wrote to my MP. Several times. I also joined UsforThem and the Health Advisory and Recovery Team (HART).

Back in October 2020, I wrote one of my letters to my MP, Fiona Bruce, raising a number of concerns about the Government’s handling of the pandemic, and requesting that she raise these concerns with the powers that be on my behalf. While the letter was written as a member of the public, I felt that my expertise and experience put me in a position to comment in a way that perhaps others couldn’t.

In the letter, I highlighted three main concerns:

1. Evidence. That measures to reduce the spread of coronavirus SARS-CoV-2 were introduced without evidence to support them.

2. Context. That such measures were generating more harms than those caused by the virus itself, and this was not being reflected in a balanced way in the press briefings, including in the figures presented, thereby creating an atmosphere of fear.

3. Testing. That the way in which testing data has been presented had been misleading to the public and media. This area was of particular concern to me, given my clinical and research experience in the field.

In respect of the above three areas, I requested the following of my MP:

1. Please could you lobby that scientific evidence underpinning decisions is provided with all future communications.

2. I would ask that you raise this with the Prime Minister and Secretary of State for Health as a matter of urgency to ensure that contextual information is co-presented at press briefings for comparison.

3. I would be grateful if you could impress upon the Secretary of State for Health, the Chief Medical Officers and the Chief Scientific Officer to present adjusted data in a more balanced way to reflect the major difference in rates of cases now with those in April.

I would request that you (i) ask the Secretary of State for Health to ensure that all positive tests are repeated before labelling an individual as positive, and (ii) that the estimated one third of deaths attributed to COVID-19 because of a SARS-CoV-2 positive test, but where thee cause of death was not COVID-19, be removed from the figures.

On April 13th 2021, some six months later, the reply arrived, along with a letter from Lord Bethell (Parliamentary Under Secretary of State at the Department of Health and Social Care), dated April 7th.

The response, which you can read here, was both enlightening and disheartening, if not unexpected.

Here is my commentary on the response from Lord Bethell, passed on by my MP:

To me, anyone with any scientific nous could present a fairly long list of actions that the Government has taken without first presenting clear evidence to indicate their effectiveness and an evidence-based risk-assessment of potential non-Covid harms. The “Rule of Six”, the 10pm curfew, face coverings (anywhere, let alone in schools), lockdowns (in any of its many guises, including Tiers), etc, etc, etc. Where is the assessment of non-Covid physical and mental health harms, economic impact, or the effect on our children’s education and wellbeing? Or even evidence on reducing transmission of the virus itself, for that matter?

All we have seem to have seen is exaggerated figures predicting doomsday scenarios, mostly based on modelling rather than actual data, none of which have come to pass. These seem only aimed at scaring the public into following their non-evidence-based guidelines (an approach which, to me, could itself have a potentially significant negative mental health impact).

In terms of presenting COVID-19 data in a wider context, Lord Bethell’s response seemed silent on this one. I am still waiting to hear a press conference which presents the non-Covid harms that we are hearing about all the time in the scientific literature, from the mental health sector, from education, from the business world and from thousands of individual stories.

We are instead presented with advertising campaigns which tell us to “act like you have it”. Not only is that completely illogical – if we all took that literally, society would stop. All of it. No hospitals, no supermarkets, no police, nothing. We’d all be at home self-isolating. But it verging on emotional blackmail. Please give the public some respect and allow them to make responsible decisions.

a. Comparing like with like. On the first of these, it’s hard to identify whether Lord Bethell had anything to say on this. He didn’t address it directly. My point focused on the unbalanced way figures were presented back in October which, in my view, presented to the public another doomsday, worst-case scenario to frighten them into compliance with Government wishes. Models presenting huge potential death tolls, all of which were subsequently shown to be out by orders of magnitude.

b. False positives. On the second point, Lord Bethell’s response went into some detail, the content of which itself seemed to either miss the point, or indeed add fuel to my initial concern.

On the positive side, there were some admissions about the PCR test. For example, his response stated: “We are also aware that when PCR test detects viral material it does not indicate that the virus is intact and infectious.” So a positive test doesn’t equate to infectiousness, or even having the virus at all. That’s obvious. It’s just a pity this isn’t mentioned in any of the press briefings along with an evidence-based assessment of its impact on the figures. “Positive tests”, “infections” and “cases” are used interchangeably.

Regarding the PCR test cycle threshold (Ct), he also acknowledged that “…values obtained in this way are semi-quantitative, meaning they do not measure the precise quantity of the virus…” He focuses on the small number of samples with a cycle threshold of over 37. I would be interested in what proportion are above 27, as there is increasing evidence that test samples above this level are significantly less likely to be infectious (and have a much higher false positive risk). Indeed, some data published by the Oxford Group based on the UK’s COVID-19 Infection Survey illustrated that the vast majority of ‘positive’ PCR tests have a Ct value of >27 (Pritchard et al. Impact of vaccination on SARS-CoV-2 cases in the community: a population-based study using the UK’s COVID-19 Infection Survey). So most of the positive tests contain low levels of virus (if any) and the risk of transmission is small.