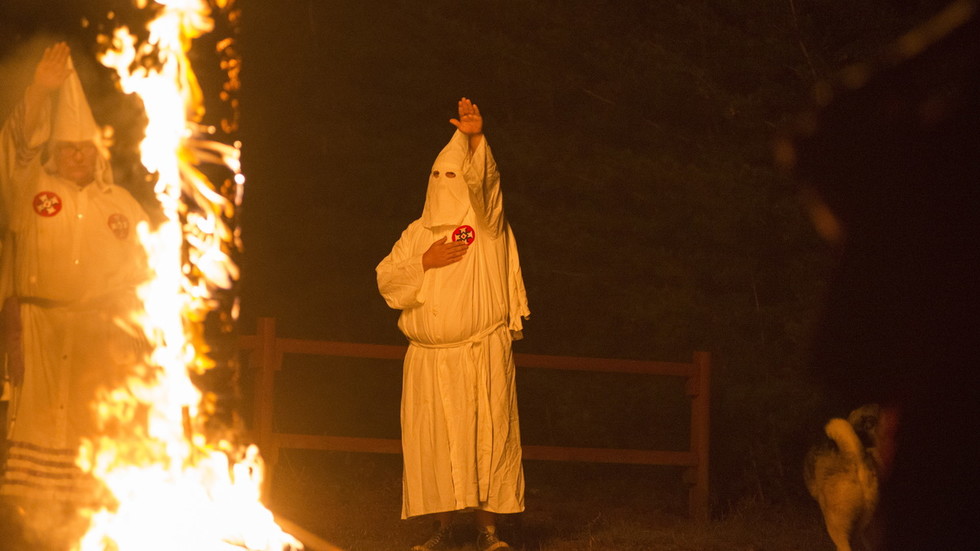 Police are gearing up for trouble in Huntington Beach, California, ahead of a ‘White Lives Matter’ rally. Ku Klux Klan fliers have been spotted in the area, and Black Lives Matter activists are planning a counter-protest.

“There will be a large contingent of police officers” deployed in Huntington Beach on Sunday, police Lt. Brian Smith told local media. The ramp-up comes in response to a ‘White Lives Matter’ rally, expected to kick off at Huntington Beach Pier in the afternoon.

The protest was seemingly organized on social media, but only caught the attention of the press when Ku Klux Klan fliers were distributed around the area last weekend. The KKK group, calling themselves Loyal White Knights, are one of the largest of the handful of Klan groups still operating in the US, and its members have taken part in various ‘White Lives Matter’ rallies in recent years, as well as the infamous 2017 ‘Unite the Right’ rally in Charlottesville, Virginia.

With Klansmen expected to show up, ‘Black Lives Matter’ activists have organized a counter-protest, led by a BLM chapter head and member of the National Association for the Advancement of Colored People (NAACP).

A #WhiteLivesMatter rally is scheduled for 1pm at Huntington Beach Pier this Sunday. #KKK literature has been disseminated to residents. We are organizing the counter-protest to shut Klan rally dwn, this Sunday at 11am. Pls RT to help w/ visibility & bring out the numbers needed pic.twitter.com/Ofg6mJOWxJ

However, the Orange County NAACP put out a statement on Saturday distancing the organization from the counter-protesters. “While the OC NAACP applauds the efforts of peaceful protest nationwide,” the statement read, “we would never impede on anyone’s right to freedom of speech.” The Black Lives Matter Global Network has also discouraged counter-protesting.

The First Amendment protects free speech and assembly in the US, including Ku Klux Klan rallies. While Huntington Beach Police officers will be out in force on Sunday, they will not be there to shut down the rally, but to respond to any violence or lawbreaking that may take place. Likewise, three local Democratic lawmakers released a statement on Friday condemning the rally, but acknowledging “the rights of all Americans – even the vilest racists out there – to express their opinions.”