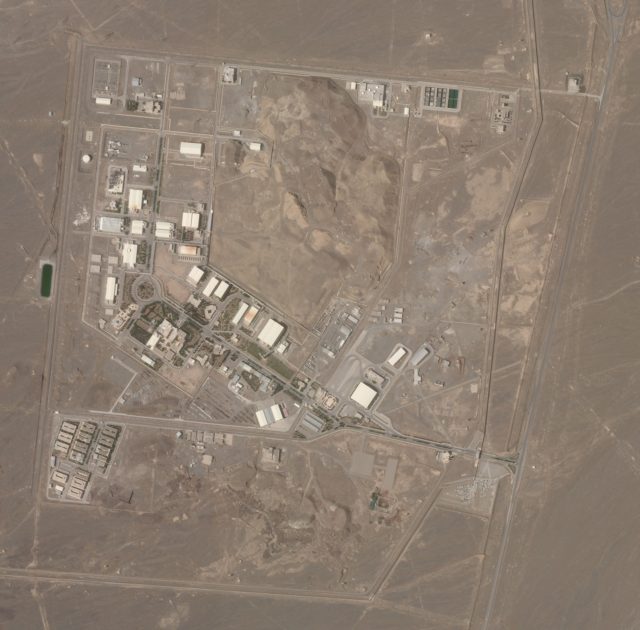 Ali Akbar Salehi, the head of the Atomic Energy Organization of Iran, stopped short of directly blaming anyone for the incident. Details remained few about what happened early Sunday morning at the facility, which initially was described as a blackout caused by the electrical grid feeding the site.

Many Israeli media outlets offered the same assessment that a cyberattack darkened Natanz and damaged a facility that is home to sensitive centrifuges. While the reports offered no sourcing for the evaluation, Israeli media maintains a close relationship with the country’s military and intelligence agencies.

If Israel caused the blackout, it further heightens tensions between the two nations, already engaged in a shadow conflict across the wider Middle East.

“To thwart the goals of this terrorist movement, the Islamic Republic of Iran will continue to seriously improve nuclear technology on the one hand and to lift oppressive sanctions on the other hand,” Salehi said, according state TV.

He added: “While condemning this desperate move, the Islamic Republic of Iran emphasizes the need for a confrontation by the international bodies and the (International Atomic Energy Agency) against this nuclear terrorism.”

The IAEA, the United Nations’ body that monitors Tehran’s atomic program, earlier said it was aware of media reports about the incident at Natanz and had spoken with Iranian officials about it. The agency did not elaborate.

Salehi’s comments to state TV did not explain what happened at the facility. However, Natanz has been targeted by sabotage in the past. The Stuxnet computer virus, discovered in 2010 and widely believed to be a joint U.S.-Israeli creation, once disrupted and destroyed Iranian centrifuges at Natanz amid an earlier period of Western fears about Tehran’s program.