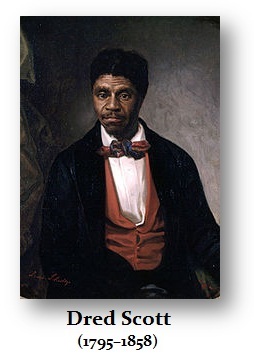 COMMENT: Marty; your piece on the Supreme Court made a difference. Printouts were circulating around the hill. Pelosi refused to bring it to a vote because all she has is a two vote majority. Great job.

REPLY: Nice to hear. But as in 1937, there were Democrats that would not go along with that Roosevelt agenda as well. My piece would not change anyone’s mind. People believe what they want to believe. I could argue all day and provide facts, but it will never change the mind of an opponent who is vested in their belief. Even Julius Caesar noted that one.

Still, you make a good point. Pelosi’s majority is down to 2 votes and in the Senate, it is 50/50 where they need Harris to push anything through. So much for the mandate to change everything. I don’t think people realize how razor-thin this all is right now.

Most people are unaware that during the 1860s, President Abraham Lincoln also worked to stack the Supreme Court with fellow Republicans to shape the Court to carry out his party’s anti-slavery and pro-Union agenda. This became the focus after the 1857 decision of Dread Scot holding that blacks had no constitutional rights.

However, many people read that President Andrew Johnson was impeached but rarely will anyone report the full details. After Lincoln’s assassination in April 1865, Vice President Johnson was from Tennessee who succeeded him as President. Johnson was a Southerner who soon began undoing Lincoln’s achievements in stacking the Supreme Court by creating more circuits. Johnson was a Unionist Democrat given the vice presidency as an olive branch to the South at the time. He rewarded that gesture in part by pardoning rank and file Confederates. Johnson also opposed civil rights for newly-freed African Americans.

In 1863, Congress created a new Tenth Circuit by adding Oregon, which had become a state in 1859, to California’s circuit. The Tenth Circuit Act also added a tenth Supreme Court justice and Lincoln immediately elevated pro-Union Democrat Stephen Field as a Justice to that seat. Following Chief Justice Taney’s death in 1864, Lincoln selected his political rival, Treasury Secretary Salmon P. Chase, an architect of national monetary policy, to replace him. With Chase, Lincoln succeeded in creating a pro-administration high court.

Johnson threatened to appoint like-minded judges to undo Lincoln’s stacking of the Supreme Court. However, the Republican-dominated Congress blocked Johnson from elevating unreconstructed Rebels to the high court. The Judicial Circuits Act of 1866 shrank the number of federal circuits to seven and held that no Supreme Court vacancies would be filled until just seven justices remained.