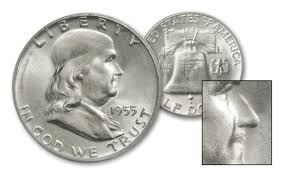 When will silver go on its next rip roaring rally? Here’s when…

Half Dollar’s Note: I will not be writing my usual Friday market wrap today.

[sounds of cheering and applause in the background]

Have a safe and happy Easter Weekend.

(by Half Dollar) I’m a contrarian and a Silver Bug at heart.

I’m not really sure how I got this way, but such is my life.

It’s off the charts!

It’s not that I’m complaining, but to make a point: The contrarian in me had to turn bearish when all of the Silver Bugs turned bullish.

OK, “Hey Half Dollar, that doesn’t even make sense because us Silver Bugs are contrarians you big doofus!”.

Well yes, but no.

Now, as with sports, there is a minimum amount of leisure time that may be spent watching professionally produced movies, but the maximum amount of time is like ten hours per year, and preferably combined hours for watching both sports and movies.

As for me, not that it matters, but I honestly can’t remember if the last time I saw a movie was at the end of last year or at the beginning of this year?

That is to say, I only ever watch a movie as a secondary activity to spending time with my family, although I do have a very strict tolerance of no more than one movie per quarter.

And they can’t be super long movies, either.

Spend any leisure time watching The Ministry of Truth TV or the most popular YouTube channels?

Television and YouTube serve a great purpose to the Deep State, to the Globalists, and to the myriad Corrupted Evil Bastards out there in this world, and just like with watching professional sports or watching movies, television and YouTube are designed to brainwash the masses so that they can be controlled.

The Sheeple are oblivious, so they’ll never get it, nor will the Walmart Zombies, because once they’ve turned, they can’t unturn, and so the Deep State, the Globalists, and the myriad Corrupted Evil Bastards need something to brainwash the Thinking Masses with, lest the Thinking Masses think about something terrible, such as, oh, I don’t know, maybe Freedom, or perhaps Liberty, or possibly Whatever?

Spend any leisure time enjoying Two Minutes Hate live radio or keeping up with the latest in the music industry?

Of so, then you are not a contrarian.

This is one of those gray areas, but I generally look at music this way: Music has a lot to do with individual taste, and since music itself can be “energizing” or “relaxing”, for lack of better terms, and since intelligence is a process and not a switch, music is one of those things where a small exception can be made, but that is not the same thing as keeping up with the music industry, much less is it rushing out to buy the latest limited edition rapper pumped combo meal at McDonald’s.

It’s okay to be certain things, such as a “Silver Bug” or a “Deplorable”, because those are simply generalized euphemisms for “Liberty Minded Free Spirits That The Mainstream Hates The Most”, but a group of tens of thousands or a group of tens of millions creating memes from Star Wars clips or waiving flags while wearing MAGA hats is about as bandwagon as it gets.

I mean, they don’t call it the “Trump Train” for nothing, you know!

In truth, there are very few contrarians out there.