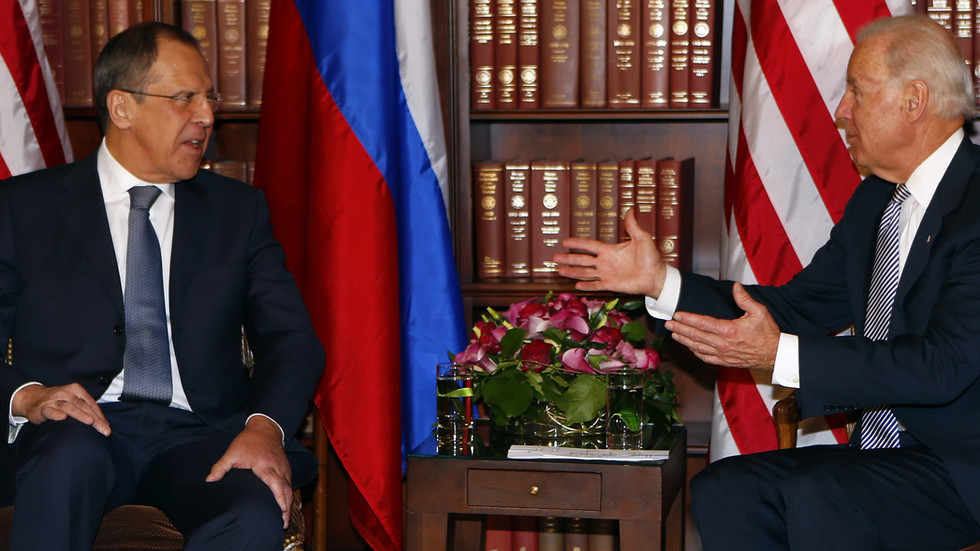 Ten US diplomats will have to leave Russia in response to Washington’s expelling of Russian diplomats, Foreign Minister Sergey Lavrov has said, adding that Moscow is looking at other sanction options if unfriendly steps continue.

Lavrov announced the news at a press conference on Friday, adding that Moscow would ban US funds and NGOs from interfering in Russia’s internal affairs. Lavrov added that, with the US currently employing 450 diplomatic staff in Russia, and Russia employing 350 in the US, “the Americans will be asked to bring the number of employees in Russia in line with the number of Russians in the United States,” should relations between the two countries sour further.

Lavrov also said that Russia had the opportunity to inflict “painful measures” on US businesses, but would not take action at this time.

A day before Lavrov’s announcement, US President Joe Biden signed a decree sanctioning more than 30 Russian individuals and organizations for allegedly interfering in the 2020 presidential election and for supposed involvement in last year’s SolarWinds cyber-espionage case. Russia vehemently denies both allegations.

Russia’s retaliation was expected. Earlier on Friday, President Vladimir Putin’s spokesman, Dmitry Peskov, told reporters that Russia would respond with “reciprocity,” but dismissed the impact of the sanctions. Russia’s economic stability, he said, is “fully ensured.”

Prior to the tit-for-tat exchange, the Biden administration touted a potential meeting between Biden and Putin in Europe this summer. While the sanctions and expulsions have apparently wiped that summit from the calendar, Biden held a press conference on Thursday evening, in which he called for “dialogue and diplomatic process” with Russia, and defended his sanctions order as “proportionate.”