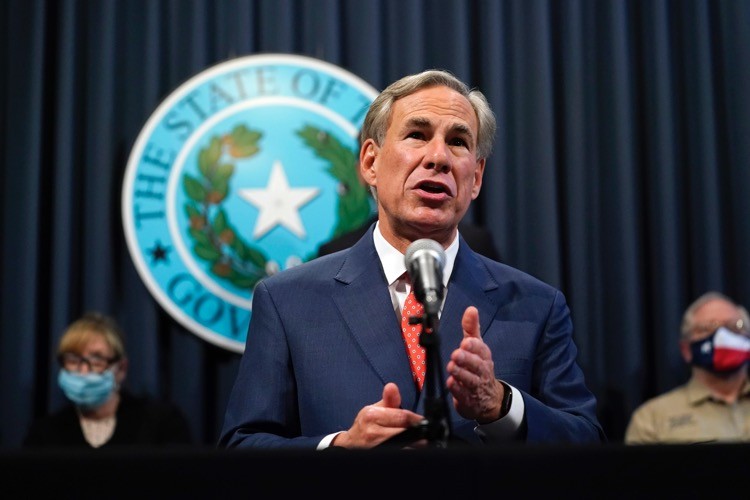 Abbott issued an executive order on Monday banning any legislation that would require Texans to show proof of vaccines before receiving a product or service, the Daily Wire reports, and any business or entity that requires vaccine documentation will be prohibited from receiving state funds.

“Texans shouldn’t be required to show proof of vaccination & reveal private health information just to go about their daily lives,” Abbott said in video announcement posted to Twitter on Tuesday morning. “I issued an Executive Order that prohibits government-mandated vaccine passports in Texas. Don’t tread on our personal freedoms.”

In February, New York became the first state to implement a voluntary (for now) COVID-19 vaccine passport, which will be used at venues across the state.

“As they would with an airline boarding pass, people will be able to prove their health status with a digital QR code — or ‘quick response’ machine-readable label,” USA Today reported.

Thus far, no other states have followed suit, and the Biden administration’s sidestep of the issue may discourage states from implementing a similar measure, particularly as backlash continues to grow.

“The government is not viewing its role as the place to create a passport nor a place to hold the data of citizens. We view this as something that the private sector is doing, and we’ll do what’s important to us,” Biden’s senior advisor to the White House COVID-19 response team said at a press briefing.

Florida’s Republican Governor Ron DeSantis was the first to sign a ban against vaccine passports, calling them a privacy violation. Under the order, Florida businesses are prohibited from requiring patrons to show evidence of COVID-19 vaccination to enter a business or be served, the Associated Press reported last week.

“It’s completely unacceptable for either the government or the private sector to impose upon you the requirement that you show proof of vaccine to just simply participate in normal society,” DeSantis said. “You want to go to a movie theater, should you have to show that? No. You want to go to a game, a theme park? No. So we’re not supportive of that.”

“We always said we wanted to provide it for all but mandate it for none,” he continued. “And that was something that, while it was advised to take particularly if you’re vulnerable, we were not going to force you to do it.”

Governor Abbott offered similar sentiments, touting the availability of the vaccine but emphasizing it was voluntary and not required.

“Every day, Texans return to normalcy as more people get the COVID vaccine. In fact, this week, Texas will surpass 13 million doses administered,” Abbott said in a Tuesday video announcement. “Those shots help slow the spread of COVID, reduce hospitalizations, and reduce fatalities.”

“But, as I have said all along, these vaccines are always voluntary and never forced. Government should not require any Texan to show proof of vaccination and reveal private health information just to go about their daily lives,” the governor continued. “That is why I issued an executive order that prohibits government-mandated vaccine passports in Texas. We will continue to vaccinate more Texans and protect public health and we will do so without treading on Texans’ personal freedoms.”