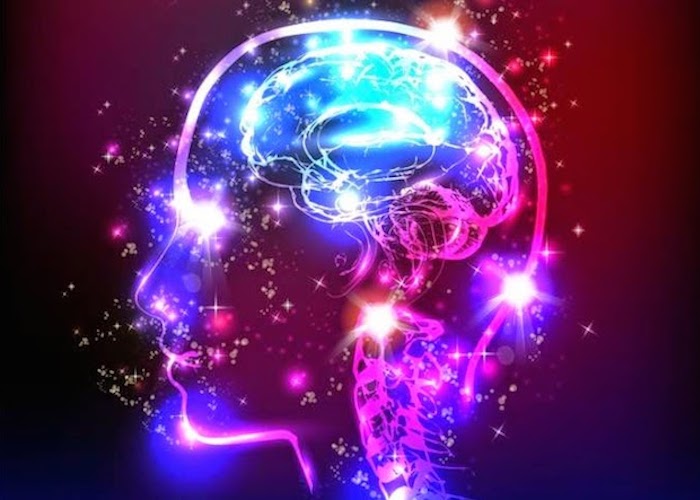 In my previous article Plant Medicine vs. COVID Anxiety, I shared a few thoughts on how to gain control over your mind in the midst of the COVID insanity. I can hardly imagine a subject more important and relevant. It is relatable to anyone, anywhere in the world. Unfortunately, the pandemic has become the focus of the world. And as I have previously suggested, it is certainly a time to defocus from it and focus back on your life.

Taking your life back from the global chaos is the single, most important thing you can do for yourself and your family. Losing your mind to anything in life is pretty bad, but losing yourself into the COVID drama is much worse because it brings the fear of death into your daily life.

Fear of death is an innate fear in all of us. I had my own journey through it which I detail in my first book PATH published in 2013. My shamanic initiation in Mexico with the Huichol Indians during a peyote ceremony took me to the edge of life from which I could stare at the abyss. I was stung by deadly scorpions at the peak of a Peyote ceremony and spent 3 days between life and death. You can read it in the book if you would like to hear more. Here I only mention it because I see that what drives people crazy is not the COVID itself but the fear of death that is usually suppressed in us by all means through our lives.

Now during the pandemic, these fear has been triggered and brought to the surface. People are scared to die. This innate, primal fear is now being used to destroy our world. For those who have drunk Ayahuasca, this fear is known from the experience. It is something you might experience during a ceremony. But even that is just an ego death, your physical body is safe. In my case, being full of deadly scorpion venom during that night, my physical life was threatened. I won’t share here about what all I learned from this deadly experience, as some of it I have already shared in the book. But I do want to talk about the reality we live in today which is now permeated by the fear of death. The point of this article is to help you see it from a higher perspective and thus harness your fear to a manageable size.

I would recommend you read up on death statistics in your country. Have you ever actually done it before? Do you realize that people are literally dying around you all the time?

Medical errors alone cause an estimated 250,000 deaths in the United States annually. Cancer claimed hundreds of thousands of lives during the time you were locked up in your home fearing COVID – 606,520 deaths in 2020 in the US alone, to be exact.

Tuberculosis kills 4000 people per day around the world. Not to mention all of the deaths from car accidents, drug overdose, violence, and many other causes – none of which have shut down the world.

It is actually mind blowing to learn about these facts. COVID, which has a 99.7% survival rate, is as bad as a bad flu, which we have annually all over the world. People die from the flu as well, but we never heard about shutting down human civilization because of it.

When you actually open your mind to facts, things start looking differently and you begin to feel much more relaxed. Did you know that your chance of dying from COVID is less than being killed by a terrorist or eaten by a shark? Just think about it. It’s actually ridiculous! Now, this is not an article about COVID or the intent behind the scenes. I only lightly mention it to make a further point that fear is a ruling factor in your life.

Your fear, which is a built in alarm system to warn you of danger, has been abused by mainstream media, a sustained brainwashing machine used to benefit those in power. A properly working alarm gets turned off when you wake up in the morning. But the COVID alarm just keeps on going. Imagine an alarm in your head that cannot be turned off? Pretty scary, isn’t it? Well, this is what actually happening in your head if you are watching TV. An alarm that drives you mad. And that is the whole point of setting it off. Those who did it, want you to be scared. It’s good for business, as they say. And of course it is, I can’t agree with them more.

When you are scared, you will do anything they want you to do. You will take any chemicals into your body in the form of a vaccine, you will obey any orders regardless of how destructive and harmful they might be to your life and livelihood. Fear is the ultimate tool for mind control which has been used by organized religion for thousands of years. Fear is what makes you pay and pray. Those in power know this simple fact.

So instead of wondering who is the enemy of humanity, a question that certainly needs to be addressed, I suggest you instead focus on the fear that is the enemy within you. The enemy that you actually can defeat. This is is an immediate battle which you can begin right now as you read my words. It has a name, a face and an a physical address. You can arrest it it as we speak. It is simply a matter of choice. You can decide to stop being afraid. This is freedom. And while your external freedom to move around the globe is being somewhat restricted, no one can stop you from free thinking in your own head. Only you.