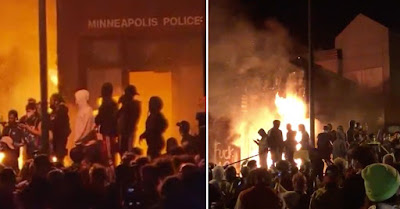 When we noted the New York Times’ piece about the demographic make up of the jurors in the Derek Chauvin trial of the death of George Floyd, despite the fact that the courts have given said jurors anonymity, we saw it as a direct case of attempted jury intimidation.

The images of a white cop with his knee on the “neck” of a black man that ended up dying, were splashed on every front page of every major news outlet, spoken about at length on every cable and prime time news show, and blared across social media, with the result of a “guilty” in the court of public opinion without ever even having a trial.

So, again, why the need to attempt to intimidate the jury if it is such a slam dunk case?

The NYT piece is titled “Who Are the Jurors in the Derek Chauvin Trial?” (Archive.is link here)

A reminder….These people are given anonymity in order to prevent social or media from influencing the jurors.

The major charges against Chauvin are manslaughter and second and third degree murder charges.

With BLM and Antifa exploding across the U.S. with riots, looting, arson and vandalism, as well as attacks against innocent bystanders, the media, social media, prosecutors, all decided, without a trial,  Chauvin was guilty, after all the viral video and images showed his knee on Floyd’s neck, right? 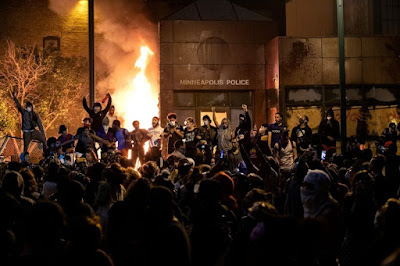 Reports are now out about some of the evidence presented by the defense, which may be enough to cause reasonable doubt over the “narrative” presented by the media and prosecution, such as first-time seen images from a different angle that clearly show the knee on Floyd’s back, not his neck.

The images did not show what it looked like from the front, the viral images and video shown over and over by the media covered those front angles in wall-to-wall coverage, but what the media did not show Americans, was the images presented by the defense, shown below.

(ANP EMERGENCY FUNDRAISER: Donations and ad revenue are all that keep ANP online, so please consider donating to ANP to help keep us in this fight for America’s future at this critical time in US history. With ‘slow-Joe’ Biden occupying the White House, and at a time of systematic, ‘big tech’ censorship and widespread Democrat corruption, truthful media and alternative views are crucial.) 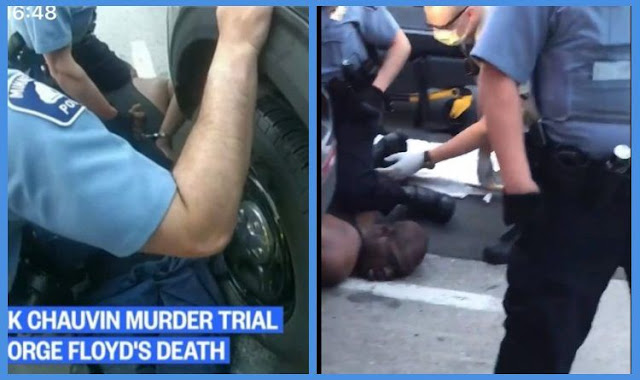 The one on the left shows the knee to the back, but hides the neck so that isn’t the one damning for the media and social media and prosecutors trying to appease the nearly 15 million protestors and rioters in the early Floyd riots, but the one on the right, is clear.

Floyd’s entire neck can be seen, as can the officer’s knee on his upper back…not his neck.

Was is still too aggressive? Were their protocols in need of major rehauls? Most likely yes. Does that make this a slam dunk murder? That is for the jury to decide.

I’ll admit these images shocked the heck out of me because news outlets avoided these pictures, from these angles in their desire to convict Chauvin in the court of public opinion, so the only images I saw, were the ones that went viral.

Along with these images being seen for the first time since the tragic incident, the defense also entered the the actual blood work reports which found methamphetamine and fentanyl in his system, along with previous heart issues.