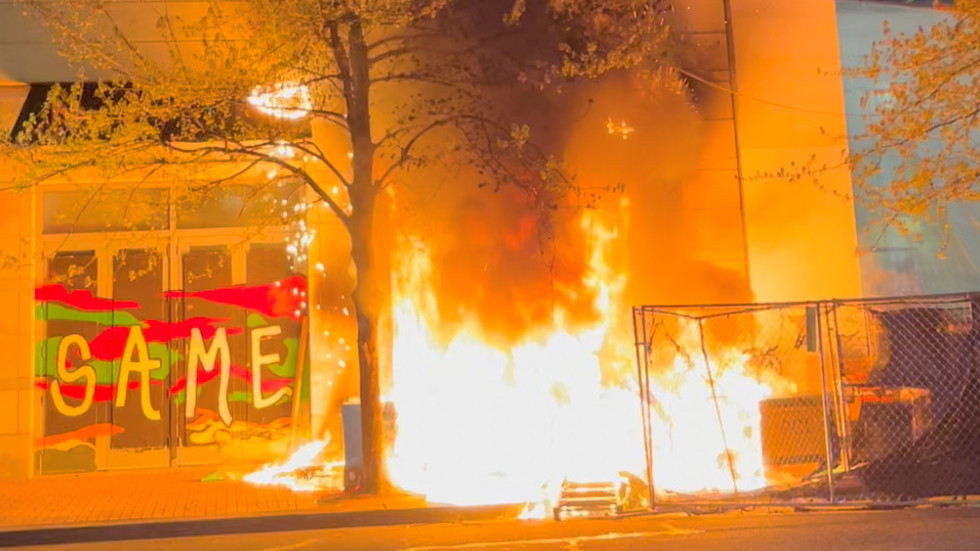 Rioters in Portland, Oregon wreaked havoc on the city’s downtown, smashing windows and setting an Apple store on fire. Though the city has seen nightly riots for nearly a year, the latest came after police shot a man dead.

Another night, another riot. Protesters assembled on Friday afternoon in Lents Park, where police had shot a man dead hours earlier. The man, who local media identified as “white” to ward off any potential “social unrest,” was carrying a replica firearm when he was killed.

“Social unrest” soon broke out anyway. Black-clad ‘Antifa’ protesters smashed the windows of banks, restaurants and a church, and spray-painted “no more history” on the shattered windows of the Oregon Historical Society. An Apple store was torched, and burned for ten minutes before firefighters could get the blaze under control. No injuries were reported by police.

Antifa set the Apple store in Portland on fire pic.twitter.com/h3hqxJW1gq

Portland: A close-up of the materials #antifa stacked against the downtown @Apple store before setting it on fire. The building then caught fire. #PortlandRiots pic.twitter.com/dUtisF5jbg