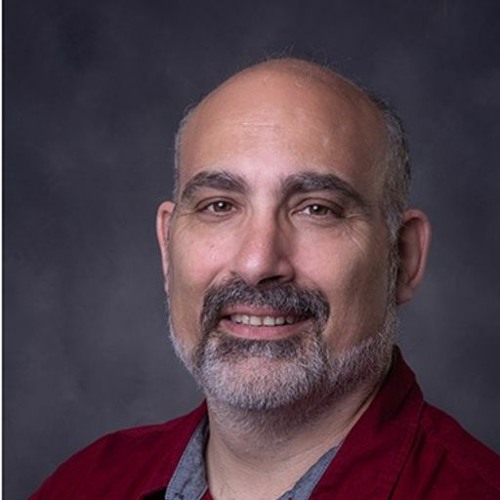 You know the one, John Cleese walks into the shop to complain about the parrot he’d just been sold was dead and he wants his money back.  The shopkeeper, Michael Palin, insists it isn’t.

The Dead Parrot sketch is one of the high points of Python’s particular blend of absurdism and social commentary that transcends its time.

Everywhere I look I see Michael Palins doing their best to convince us of the most absurd lies to hide the rank incompetence at every level of our society’s power structure.

No matter the issue or the question Biden’s Press Secretary, the uniquely incompetent Jenn Psaki, will be happy to ‘circle back to that later’ but never doing so hoping to just get through the next news cycle without a revolt.

Everyone’s doing the ‘believe me’ look that body language experts talk about all the time.  It’s all so tiresome and exhausting.  And you can feel the level of frustration building like John Cleese’s anger in the sketch.

It even looks to me like the people in the media are getting fed up with having to disseminate the lies.  But, since their access to power and livelihoods depend on playing along with the charade even the best ones act out on the stage prepared for them.

And yet the lying continues.

Worse than that, the dying continues.

Because that is the net outcome of all this lying, the wasted time and energy billions of people who eventually are asked to fight wars on behalf of these venal liars desperate to retain power and privilege.

The endless lying comes from the need to sell us on a future we don’t want for a price we can’t afford to pay.  That the pols in D.C. think they can bribe us with a couple thousand bucks of stimmy money after they’ve destroyed our quality of life is the clearest sign ever that they are completely out of touch.

But what is clear as well is that they do not care.  They don’t have to care because our government has openly morphed into the phone company from the old Lily Tomlin sketch of a few years after the Pythons’ heyday.

This absurd level of lying betrays the elites’ utter contempt for us.  They’re obsessed with squashing all traces of the only truly four-letter word in Brussels and D.C. “populism.’

Populism is the bane of tyrants and comedy like the Dead Parrot sketch can no longer be tolerated in the coming brave new world where you’ll own nothing and like it… or else.

I can’t stress enough that this obsession with narrative control is equal parts terrifying and hilarious at the same time.

Hilarious because these people are patently absurd.  And we all know that comedy is, unfortunately, tragedy plus time.

Because if we don’t laugh at this just a little bit the only recourse is insanity and violence.

Who takes Dr. Anthony Fauci seriously anymore other than those putting on the mask of corporate shill to interview him?

When more than one-third of the people you interact with on social media are literal bots the level of surreality we deal with daily approaches that of the most incoherent Philip K. Dick novel of the 1960’s.

[leans into the camera, extreme close-up] “Believe me, I’ve read them all.” [end scene]

It all is a full-frontal assault on our senses, gluing us to tiny screens in a constant state of anxiety, noradrenaline-addicted doom-porn junkies begging for someone to just once, for pity’s sake, tell the freakin’ truth.

But it’s impossible to do so now without the entire operation collapsing into a chaotic mess.  The financial system is rightly described by its free market critics as a Ponzi Scheme.  But the real Ponzi Scheme is our faith in the efficacy of our elected officials and their handlers to keep all the lies spinning and the dying off the screens.

Those telling these lies are doing to out of fear.

They fear losing potency and power, the only thing psychopaths truly care about.

Worse, many of us still go along with the lies.  We’ve believed them enough to have bought the dead parrot in the first place.

But once we get out from underneath the spell of the shopkeeper and see the parrot for what it is, that’s when things have to change.  Because lies are expensive.  The truth sells itself.

To date, we’ve tried bargaining with these liars’ humanity to just admit the parrot’s dead and give us a refund.

But they won’t do that.  Their contempt for us knows no limits.

Theirs is a system of pelf and privilege the benefits of which accrue to them while sucking our time and energy from us daily, driving us to distraction at best and fits of unconstrained rage at worst.

Our frustration is rising.  Protests against lockdowns in Europe are rising.  Revolts against their vaccines are real.  Now they’re trying to bribe us with Krispy Kreme donuts to take the jab while in Germany, the epicenter for the Great Reset, an even more brutal lockdown was just ordered and rescinded by the politically dead Angela Merkel.