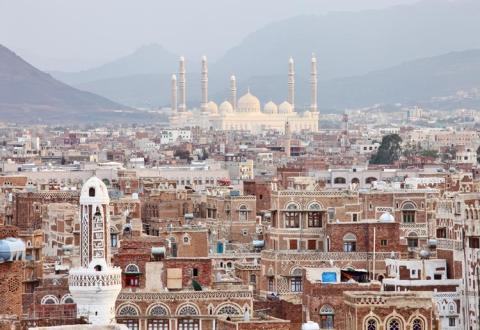 On April 8, 2020, President Biden addressed the public concerning new executive orders he is planning on putting through. This will be on top of the forty-eight other executive orders that have already come from the man who just last October was saying, “I have this strange notion—we are a democracy … [there are] things you can’t do by executive order unless you are a dictator. We’re a democracy, we need consensus.” He’s already surpassed both Trump and Obama in executive orders issued during the first four months of their respective presidencies.

It looks like the next EOs Biden aims at mandating are related to the topic of gun control: “Gun violence in this country is an epidemic. Let me say it again. Gun violence in this country is an epidemic.” This is ironic coming from the former vice president of the Obama administration, which started regime change wars in countries like Yemen, Libya, and Syria which in large part included supplying certain “moderate” rebel groups like al-Nusra and ISIS with weapons, cash, and intelligence support that was ultimately used to slaughter innocent men, women, and children.

In his most recent book, Enough Already, Scott Horton (2021) fully displays just how devastating the foreign policies of all the US presidents going back to Jimmy Carter have been for people living in the Middle East. For example, in Libya, the Obama administration had been secretly allowing weapons to arrive from Qatar during the attempted overthrow of then dictator Muammar Gaddafi. The story was that the US was helping “moderate” Libyan rebels overthrow their brutal dictator in order to bring liberty and democracy to the turmoiled country. However, as Scott makes abundantly clear: this was completely false and the Obama administration was really “taking the terrorists’ side against Gaddafi in Libya … they were Libyans who had just come home from fighting America in Afghanistan and Iraq War II” (2021, pp. 163, 165). It is especially worth pointing out that some of these terrorist groups receiving support from Obama were “a bunch of horrible anti-black racists” who had “cleansed the predominantly black town of Tawergha … many of whom were tortured and killed, their property put to the torch” (2021, p. 166). Apart from the murder and rape of innocents in Libya, the US government’s actions under Obama and Biden left the country in a state of devastating civil war and also opened the doors for modern-day chattel slave auctions. Even Obama admits that Libya was a “shit show.”

Libya became a weapons pipeline for rebels in Syria—who were also being backed by the United States government—and it was headed by the CIA’s own director, David Petraeus. Again, Scott Horton, quoting journalist Seymour Hersh, points out that these weapons were being delivered to “jihadists, some of them affiliated with al Qaeda” (2021, p. 172). In Syria, a similar regime change was occurring just as had happened to Gaddafi. This time the target was President Bashar al-Assad. The hope was that if the US could overthrow Assad, they’d “further isolate Iran” by removing “Iran’s only Arab ally,” Syria (Horton 2021, p. 182). It should come as no surprise, however, that in the US’s endeavor to conduct another regime change, they would again be caught up in giving weapons and support to terrorists who also wanted to overthrow Assad. During this time (2012), Libya’s insurgency was basically controlled by terrorist organization al-Nusra. When the US worked to get weapons into the hands of these “moderate” rebels, they were really just ending back up in the hands of Islamist extremists whom the US had been going to war against just years before. Once again, the Obama administration made the US responsible for aiding the some of the most horrific insurgency groups, who

In 2014, then vice president Biden even admitted to the absurdity of trying to find and support “moderate” rebel groups in Syria, although he tried to frame it as if it were all the United States’s alies’ fault. Thanks in large part to the US’s involvement in Syria, the country has been devastated and

the terrorists ha[ve] carved a new Islamist Caliphate the size of Great Britain out of the sands of western Iraq and Eastern Syria. [Bin Laden] could never have done it without the assistance of the United States of America in the hands of George W. Bush and Barack Obama. (Horton 2021, p. 202)

In 2015, Obama started yet another unauthorized war alongside the Saudis against the Houthis in Yemen—this being shortly after the Houthis had ousted their “democratically”1 elected president Hadi in 2014. The reason? The never-ending desire to gain more leverage against Iran, as well as to “placate the Saudis“ while the US was in the middle of the Iran Nuclear Deal (Horton 2021, p. 241). The US government was directly supplying the Saudis with bombs, parts for the aircraft dropping those bombs, fuel for tankers, and satellite intelligence over targets (Horton 2021, p. 241); more recently it has been shown that they are still sending shipments of US weapons and armored vehicles into Yemen—as reported by CNN. The US-Saudi coalition against the relatively small country has created what many have called the worst humanitarian crisis.

The destruction that the American politicians and their allies left with the Yemenis is unimaginable. After deliberately targeting nonmilitary infrastructure such as hospitals, water treatment plants, schools (including a school bus full of children), and food production systems, and then placing blockades on the country to further cripple its people, Yemen has been turned into a complete disaster. According to the Council on Foreign Relations, an estimated one hundred thousand people have been killed since 2015. Countless children are suffering and dying from cholera and other diseases. Scott Horton predicts that the number will really turn out to be something like “half a million or more civilians who have been killed by this war, beyond the tens of thousands killed in direct violence.” (2021, p. 252)

Biden’s newest executive orders come just shortly after the Colorado shooting on March 22. The significance of this event is that the shooter, Ahmad Al Aliwi Alissa, was born in Syria and moved to the US when he was still a child. Less than a month before the Colorado tragedy, Biden ordered his first strike on Syria as president in retaliation to an Iranian missile attack on a military base in Iraq. While there hasn’t been any clear evidence that Alissa was motivated by the Syrian bombing, one outlet reported that a Facebook post by Alissa from 2019 addressed in part the “genocide in Syria.” Considering the long list of retaliatory terrorist attacks in the US over the years—e.g., the 2009 Ft. Hood massacre, the 2013 Boston Marathon bombing, the 2016 Pulse nightclub massacre in Florida, the 2017 Ariana Grande concert bombing (Horton 2021, pp. 271–76)—it isn’t a stretch to believe that Colorado is another tragedy following the trend. The longer the US continues its intervention overseas, the more likely we are going to see the violence come home.

Additionally, violence in the US has been exacerbated by policies like those supported and put forward by people like Joe Biden and Kamala Harris. Biden has a very lengthy and controversial history in his time as a “public servant.” He is notorious for contributing to the tough-on-crime attitude in the US as well as the war on drugs. Harris worked as a prosecutor for California and was rightfully called out by Tulsi Gabbard during the presidential debates for the 2020 elections for locking people up over marijuana charges. Such rhetoric and policies have devastated millions of lives. It was reported that in 2019 alone over 1.5 million arrests were made for drug violations—over 85 percent of those being for mere possession—and a significant portion of those arrests were in relation to marijuana. A 2014 American Civil Liberties Union report showed that between 2011 and 2012, 62 percent of SWAT raids were drug searches. One such raid was conducted on a family who was growing tea leaves. More recently we saw the murder of Breonna Taylor when the Louisville Metro Police Department also conducted a no-knock home invasion over drug charges. Duncan Lemp was murdered just twenty-four hours before Breonna Taylor in the same fashion.

The greatest irony about the claims against United States citizens having “weapons of war” is that while these claims refer to semiautomatic rifles, law enforcement inside the US actually receives equipment from the military thanks to the 1033 program. This program gets military equipment like mine-resistant ambush protected (MRAP)2 vehicles, M-16 rifles, helicopters, and even grenade launchers into the hands of local police agencies. During his presidency, Obama used an EO to put an end to the pipeline between police and military, but Trump, in 2017, revived the program. It seems that in all of his work via EOs to reverse certain policies by Trump, Biden has yet to undo the resurrection of the 1033 program. In fact, one statistic shows that in Q1 of Biden’s first year as president there’s been an increase in “flow of military gear.”

While they might claim to be on the “right” side of certain issues now, it is hard to take seriously the words of politicians who claim to care about the people and their safety while they are supporting policies—or at least not making as much a fuss about them as they do about “domestic gun violence” or “Asian hate”—that put weapons and money into the hands of terrorists who help the US government slaughter innocent people overseas or starve children to death while causing others to die of disease because their country’s infrastructure has been blown to bits and blockades prevent the necessary medical aid to save them, tragedy that then inspires people of those countries to retaliate and bring more death upon the rest of us. The absurdity becomes even more apparent when these same “public servants” cry about “weapons of war” being placed into the hands of the people while actual military equipment is being funneled into law enforcement. They might cry and appear outraged about the deaths of victims like Breonna Taylor, but her death comes from the legacy of tough-on-crime and drug war policies that these politicians at one point supported and helped enforce.