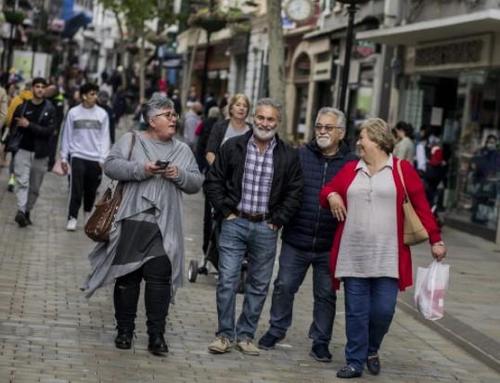 If you’re aching for a look at what post-Covid life in the U.S. should eventually look like – assuming clueless politicians and double-maskers don’t seek to wield supreme executive power over our daily lives ad infinitum – you shouldn’t have to look much further than Gibraltar.

Due to its small size, the U.K. territory already has 85% of its adults vaccinated. It’s just one of a handful of places in the world to have vaccinated a majority of its public, according to the Wall Street Journal, who profiled the country this week.

The country has a population of just 34,000 and has vaccinated 98% of adults over 60 years old. It hasn’t had a Covid case since April 8 and one of its vaccination centers closed at the end of March. The country has embarked on a plan called “Operation Freedom”, which is a plan to fully re-open its society.

Albert Stagnetto, director of a family chain of tobacco and liquor stores told The Journal: “I walked out of my flat and put my mask on and then remembered that I didn’t have to do that anymore.”

Schools, businesses and restaurants are all open. The country still only requires masks in a few places, like buses and healthcare centers.

Samantha Sacramento, Gibraltar’s health minister, commented: “We thought we might encounter difficulty in the [vaccine] take-up, but the actual end result was the opposite. People were calling us up complaining that they hadn’t been called yet.”

72 year old local historian Tito Vallejo just saw four of his grandchildren for the first time in four months. He said: “They are at that sort of age where they grow and change overnight. It’s only been a short time but still I have noticed they’ve grown since I saw them.”

Gibraltar is a self-governing British Overseas Territory. The country is comprised of “a mix of Italians, Spaniards, Maltese and North Africans.” The country remains on edge due to its proximity to Spain, where only 8% of the population has been vaccinated so far. 71 year old Tony Cruz said: “I won’t feel completely confident until everyone else in Spain and elsewhere are vaccinated.”

23 year old Leandro Gonzalez lives in a Spanish town and works in a Gibraltar hair salon. He says reactions have still been mixed: “It’s 50-50 between the people who still want to keep their distance and wash their hands a lot, and those who want to hug you and kiss you.”

He continued: “My mind changes every day. As soon as I cross into Spain, everything changes: People wear masks, they keep their distance. Every time I cross I must also change how I behave.”

Gibraltar had about 4,300 confirmed Covid cases and 94 deaths, almost all in January and February of this year as virulent strains from the U.K. and Spain hit the country.