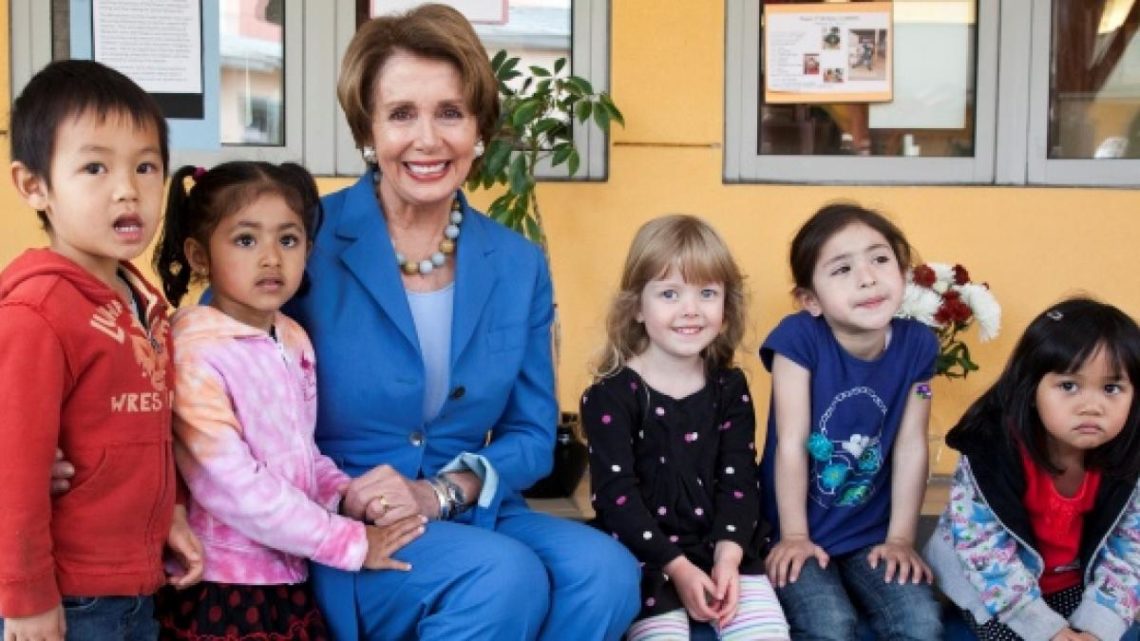 Democrat House Speaker Nancy Pelosi personally rents office space to a child welfare group, First 5 San Mateo County, that was set up by a convicted pedophile. The group partners with a nonprofit that ran a group house where child molestation occurred and partners with a conflict resolution center that had a volunteer convicted for storing hundreds of images of child porn. NATIONAL FILE has exclusively obtained the lease documents showing that Nancy Pelosi is the group’s landlady dating back to 2002, the same year monstrous pedophile Dr. William Ayres was given an award by city politicians for his work with the group. By that time, numerous pedophilia allegations including a police report had been made against Ayres, who was later convicted on pedophilia charges in 2007 and died in prison.

First 5 is a statewide supposed child welfare group in California that was previously chaired on a state level by Rob Reiner, and is funded with cigarette tax money. California is in the middle of a massive crisis involving child sex trafficking allegations and pedophilia arrests in the Child Protective Services (CPS)/foster care system. In fact, California does not even send out an Amber alert for missing foster care children, instead counting them all as runaways. San Mateo County, where pedophile Ayres set up the local First 5 chapter that calls Pelosi landlady, is arguably the center of the child sex trafficking crisis in California. Nancy Pelosi spends a lot of time in San Mateo due to her friendship with San Mateo lawyer and Democrat fundraiser Joe Cotchett. Cotchett, who is picking federal judges for the Biden administration, and was accused by his ex-wife in his divorce case of physically assaulting his children and being nude around his daughters. A partner in Cotchett’s law firm protects judges from her perch on the Commission on Judicial Performance.

Our source explained, “Pedophile Dr. William Ayres served with former San Mateo County District Attorney Jim Fox and former San Mateo County Supervisor Richard Gordon on the San Mateo County Children and Families First Commission (now called the First 5) in the early 2000s. Ayres designed the group in San Mateo. Rich Gordon was instrumental in having Ayres employed by the commission and honoring him with the lifetime achievement award. After his time on the board of supervisors in San Mateo, Democrat Rich Gordon became an assemblyman in Sacramento. There were red flags about Ayres for decades. I believe that First 5 knew because there is a broad representation on the commission.”

Pedophile Dr. William Ayres worked for the San Mateo Children and Families First Commission (which later became San Mateo County First 5) beginning in 1999. A source told NATIONAL FILE that Ayres designed and set up the First 5 chapter in San Mateo, and that for years thereafter he was involved as an informal adviser. “Ayres set up the program, and Ayres was always in the background of San Mateo First 5. Ayres always had the power in First 5,” our source said, until Ayres’ arrest in 2007. Elected official Rich Gordon, who brought Ayres into the fold to set up San Mateo First 5, served on the commission of San Mateo First 5 for years as a commission member and led meetings that were housed in the office space Nancy Pelosi rented to the group.