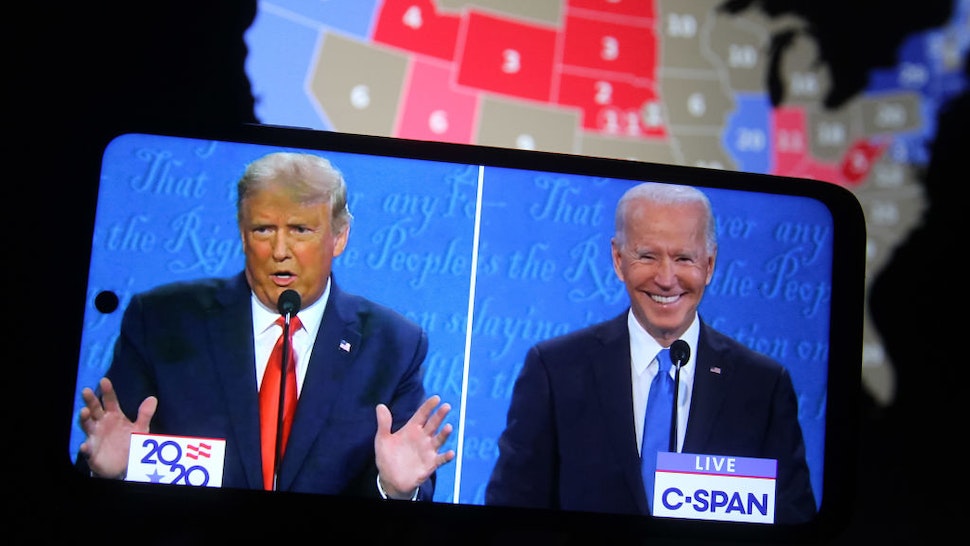 “During his first three months in office, the broadcast evening newscasts have showered Biden with 59% positive press. Four years ago, those same programs were hammering Trump with 89% negative press — a stunning contrast,” the MRC found.

The MRC study included watching 726 minutes of total coverage, “18 percent of all evening news airtime,” and a “small fraction of the 1,900 minutes those broadcasts spent deploring Trump and his team when we studied the same newscasts during the same time period in 2017.”

More from the MRC:

The shift in tone is even more dramatic. Four years ago, Trump faced hellishly negative coverage right from the beginning. Our study at the time showed 89% negative coverage of the new President on the three evening newscasts, an unprecedented hostility that would characterize the media’s approach for the next four years.

Today, President Biden faces a far friendlier media landscape. Overall, we found 59% positive coverage of his administration during those first weeks, a continuation of the positive coverage that the networks treated him to during last year’s presidential campaign.

The positivity of coverage depended on the topic, however, the MRC study found. Media outlets provided vastly positive coverage of the Biden administration when it came to its COVID-19 response, the massive $1.9 trillion coronavirus relief bill, and Biden’s proposed $2.25 trillion infrastructure bill. Other topics, such as the Biden administration’s handling of the Southern border crisis and gun control, received mostly negative coverage from the press.