Gold and silver rallied this week, with gold gaining $11 from last Friday’s close to trade at $1746 in European trade this morning, and silver was up 26 cents at $25.20. These modest gains consolidated last week’s gains, amounting to $60 for gold since 30 March and $1.12 for silver. Comex volumes were moderate due to Easter last weekend but picked up somewhat yesterday.

Being the week after Easter Sunday, trading was bound to be subdued with London and some of Europe closed on Monday, but that did not stop the rumour mill from grinding on about the lack of physical silver. The result is that demands from customers for physical delivery appear to be increasing, if anecdotal reports are correct. 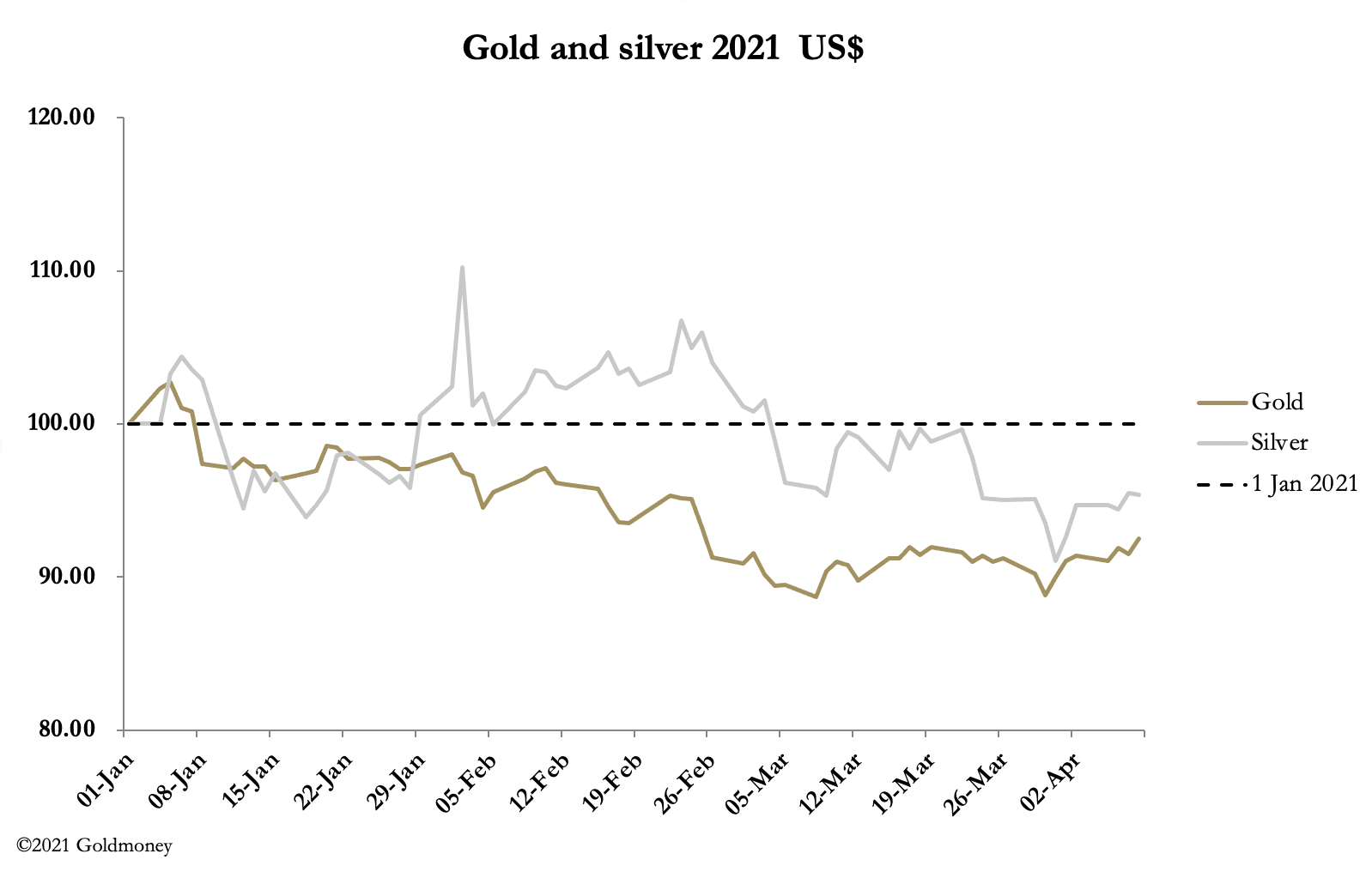 It comes at a difficult time for paper markets, which last year’s liquidity squeeze ran gold prices up to $2070 and silver to nearly $30 in illiquid markets. These markets are still illiquid, despite lower prices. But while gold and silver trend in the same direction, the underlying positions on Comex are very different. The gold Swaps (bullion bank trading desks) have had some success in reducing their net shorts as our next chart shows. 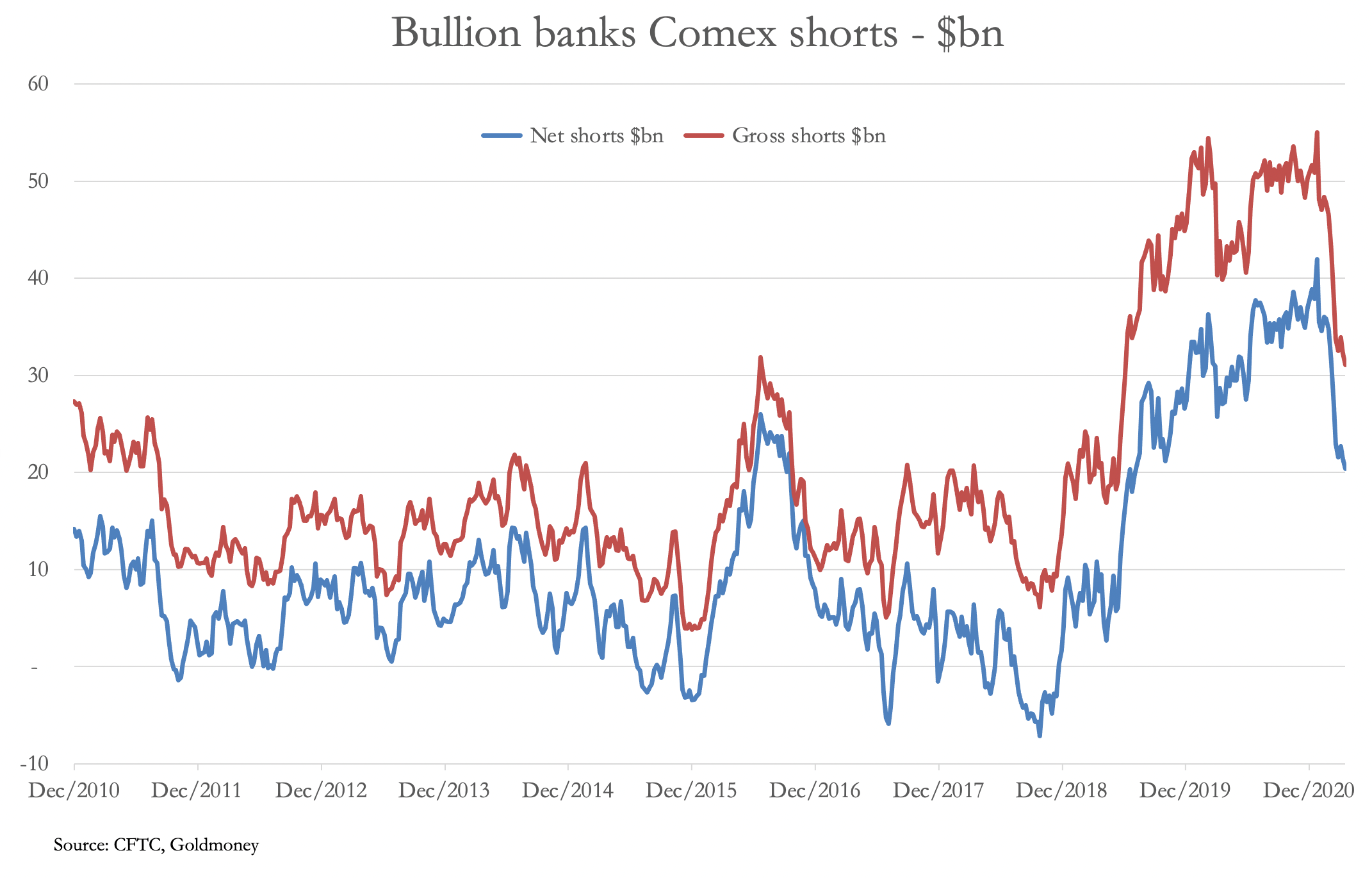 They have made considerable progress but are still short a net $20bn spread between 19 longs and 27 shorts. When dollar monetary inflation is racing away, this is still an uncomfortable position, but it is unlikely to reduce much more, given the fall in open interest, which is our next chart. 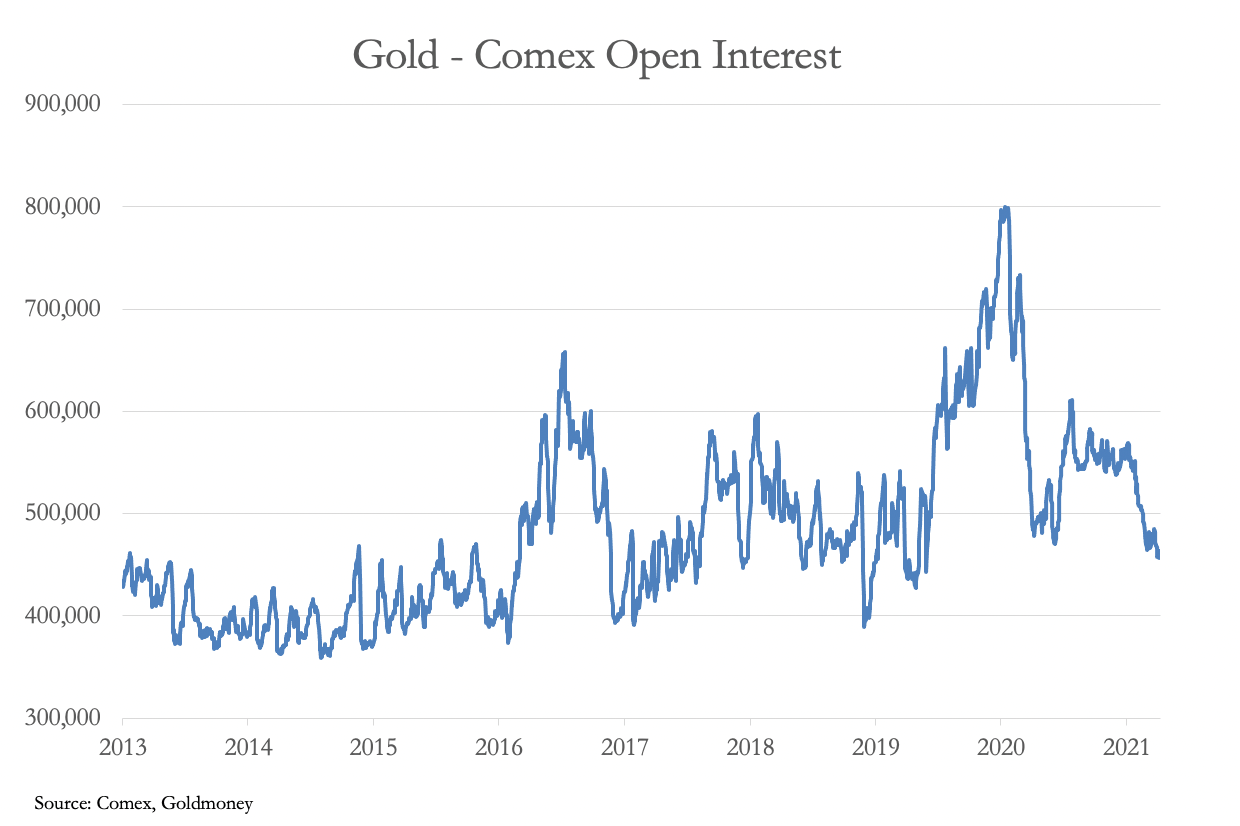 Open interest has been lower, but not by much in recent years. And it requires hedge funds to go net short. If anything, hedge funds are increasing their longs, having an eye on prospects for price inflation following the pandemic.

Silver is entirely different. The Swaps have even books, as our next chart shows.

This compares with the Managed Money category (hedge funds) who are net long a trifling 21,869 contracts, which is our next chart. 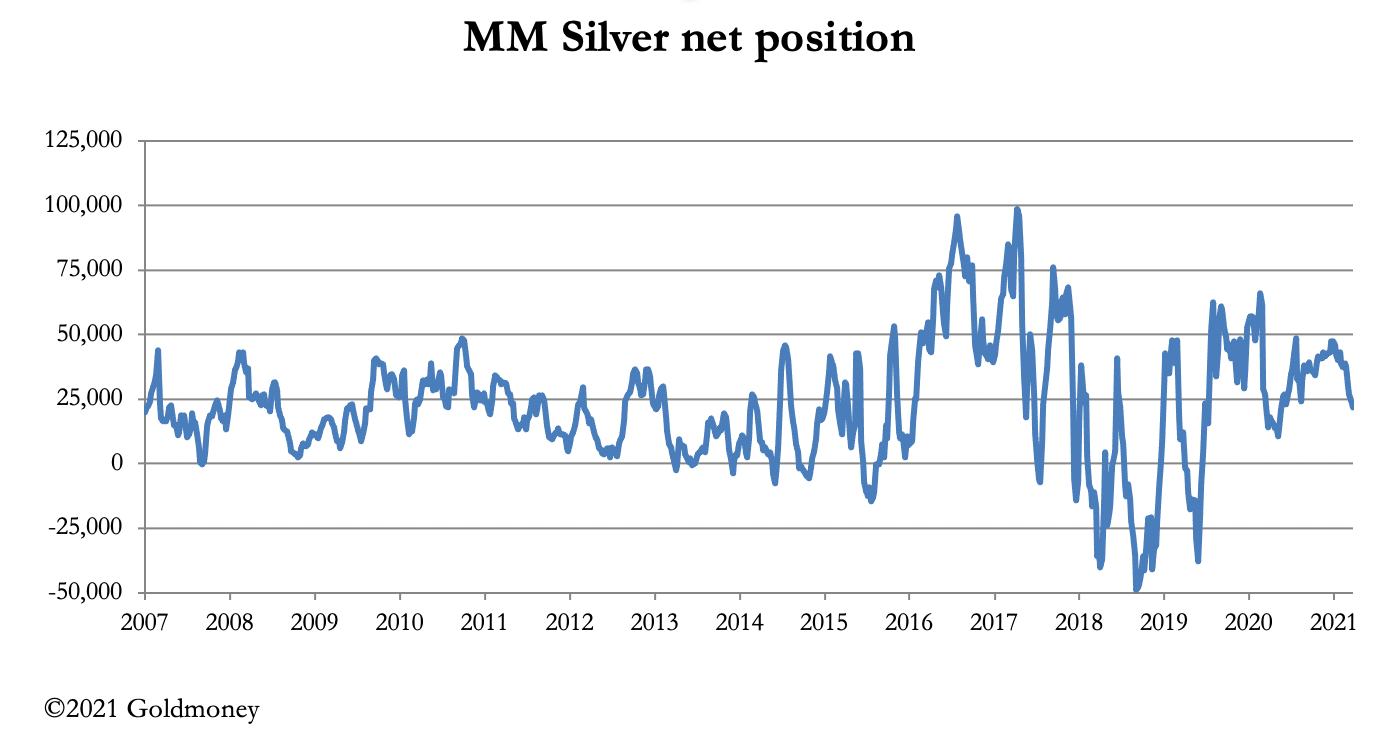 The speculator categories are now entirely funded by forward net sales by producers, only partially offset by fabricator demand. But with cashflow for silver miners improving, they are likely to reduce their forward hedging. This would swing the emphasis back on the Swaps, who would struggle not to go short without the Producers’ liquidity.

This makes recent evidence of extreme shortages of physical silver for both wholesale and retail markets doubly relevant. The position was first exposed when retail investors on RobinHood targeted SLV and briefly drove the price up to $30 on 1 February. It might be right to say that if you do not yet have physical silver, there is a strong possibility you have missed the boat, because on a rising price, when traders and the general public tend to buy, there will be no physical available.