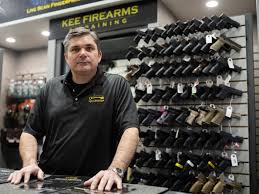 Those who think Americans will stop buying guns will be in for a rude awakening.

The number of firearm background checks conducted in the US, which serves as a rough proxy for the number of guns sold nationwide, hit record levels in March. Daniel Payne of Just The News highlighted that four million background checks were conducted “for the second time in history” and blew “past the earlier one-month record set in January.”

In March, the FBI conducted 4.7 million background checks for firearms, which was 400,000 more than January’s record-setting numbers.

Payne added some perspective to the background check numbers:

January and March are the only time in the history of the FBI’s National Instant Criminal Background Check System that gun checks have broken four million. Prior to that, the highest number of checks was in December of last year at 3.9 million.

The rising gun sales come against the backdrop of large social upheavals from last summer’s riots, Wuhan virus anxiety, and the ascendance of a Democratic trifecta in Washington. With Democrats holding the presidency and both chambers of Congress, gun control bills are being introduced left and right, which has worried law-abiding gun owners across the nation.

Payne continued providing comparative figures for the volume of background checks conducted throughout all of 2020 and in the first three months of 2021:

America’s time-honored tradition of bearing arms isn’t going to disappear so easily. Gun Control Inc. will undoubtedly have a fight on its hands should it try to mess with Americans’ right to bear arms.

Republicans would be wise to use this issue throughout the 2022 and 2024 election cycles as a way to fire up voters and expand their reach with first-time gun buyers.  Not only because it’s good politics; but, more importantly, because it’s the right thing to do.