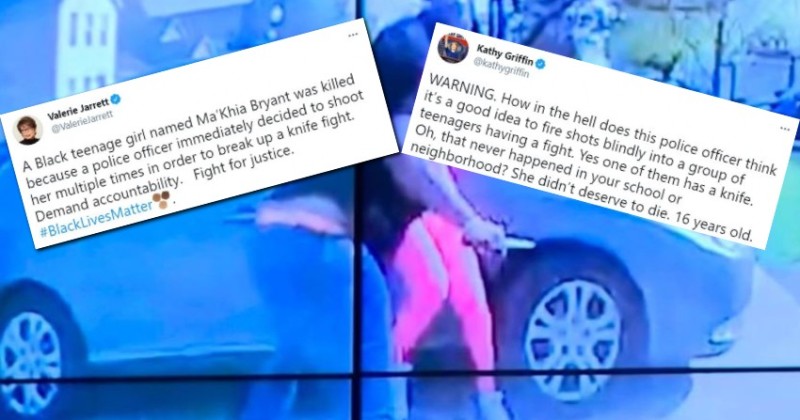 Despite attacker who stabbed women being the only person who was armed.

Leftists are now claiming that the police shooting of a 16-year-old black girl in Columbus, Ohio was unjustified because the girl was merely involved in a “knife fight,” despite footage showing only she had a knife as she tried to stab two victims.

As we highlighted earlier, BLM supporters initially lied in claiming Ma’Khia Bryant was an unarmed victim who had called the police for help.

In reality, it was one of her victims who called 911 and bodycam footage subsequently showed Bryant using a kitchen knife to stab two other girls while a man helped her by kicking one of the girls in the head while she was down.

Now leftists are absurdly asserting that the police shouldn’t have intervened in a “knife fight.”

BLM activist Bree Newsome described the incident as a “fight involving knives” despite the fact that only the attacker who was shot by the cop was carrying a knife.

what has this world come to pic.twitter.com/lzBJRub5Fu