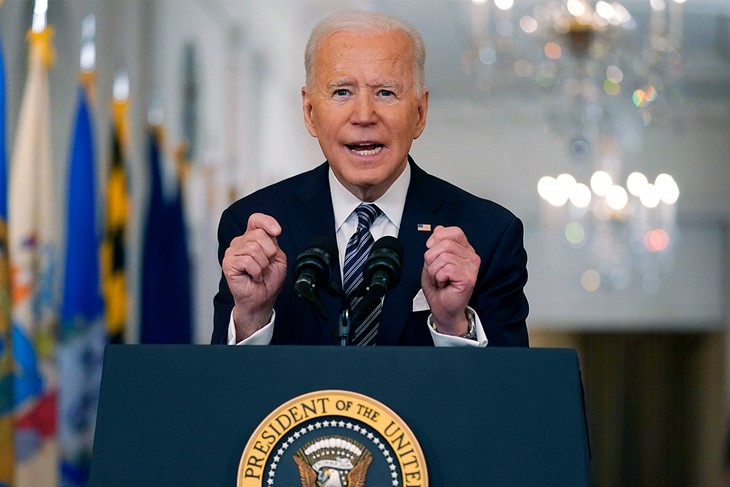 High-speed rail boondoggles are a dime a dozen, but President Joe Biden went for the big kahuna in his speech promoting his $2.25 trillion infrastructure bill on Wednesday. The president suggested that government research will enable trains to travel as fast as planes and commercial aircraft circling the world in “about an hour.” His promises may evoke the government intrusion into railroads that featured prominently in Ayn Rand’s classic novel Atlas Shrugged.

“When we do invest in research, what we’re really doing is raising the bar in what we can imagine. Imagine a world where you and your family can travel coast to coast without single tank of gas, or in a high-speed train, close to as fast as you can go across the country in a plane,” Biden said while touting the bill’s funding for infrastructure research.

The president went on to say that he promises kids on college campuses, “they’re going to see more change in the next 10 years than we’ve seen the last 50 years. We’re going to talk about commercial aircraft flying at subsonic speeds, supersonic speeds, be able to — figuratively, if we decided to do it — traverse the world in about an hour, travel 21,000 miles an hour.” (The globe’s circumference is 24,901 miles.)

Every American’s B.S.-detector should be blasting at maximum volume. While America has taken faltering first steps toward high-speed rail, beginning with the High Speed Ground Transportation Act in 1965, no nationwide project has taken off.

The Acela Express — which connects cities between Washington, D.C., and Boston — is the U.S.’s only high-speed rail service. While California voters first authorized funds for a high-speed rail train in the Golden State back in 2008, the costs continue to balloon and the Central Valley section is not slated to open until 2029, with Phase I completion planned for 2033.

Commercial supersonic transport ended in 2003 with the retirement of the Concorde fleet, which flew from Paris and London to New York in about 3.5 hours.