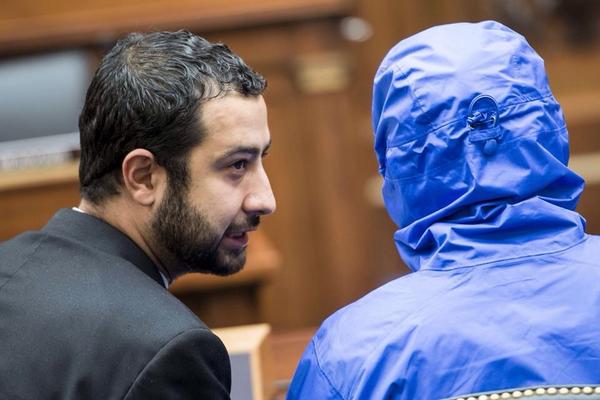 “Humanitarian Sanctions” Are Killing Syrians, While New Sanctions Threaten To Crash The Russian Economy: They Must Be Overturned!

April 16 — As the Biden administration is recklessly expanding the sanctions regime which has become the routine response from Anglo-American officials to any government they accuse of violating the “rules-based order”, Helga Zepp-LaRouche issued a call to end this practice, beginning with lifting the “Caesar Sanctions” against Syria. Zepp-LaRouche, the founder of the Schiller Institute, released a statement on April 15, as an “Urgent Call to Stop the Genocide in Syria and Yemen: The Moral Collapse of the Western System Cries Out for a New Paradigm”. Her call, which is intended to alert the world to the deliberate mass murder imposed on the Syrian people through the Caesar Sanctions, coincided with the announcement by the White House of new sanctions against Russia, the most damaging of which is an assault against Russia’s ability to issue ruble-denominated debt, with the stated purpose of triggering massive capital flight and wreaking havoc on the Russian economy.

By prohibiting American companies and financial institutions from purchasing Russian public debt offerings as of June 14, 2021, a senior administration official admitted that the intent of this latest attack is to destroy the Russian economy: “This is the main market that funds the Russian government… Removing U.S. investors as buyers in this market can create a broader chilling effect that raises Russia’s borrowing costs, along with capital flight and a weaker currency. And all of these forces have a material impact on Russia’s growth and inflation outcomes.”

Biden justified the measures, which included the expulsion of ten diplomats and other sanctions, by “declaring a national emergency with respect to the unusual and extraordinary threat to the national security, foreign policy, and economy of the United States” purportedly posed by Russia. His Executive Order also threatens to impose additional measures in the future: “We are prepared, going forward, to impose substantial and lasting costs” on Russia if they do not behave as they are told.

The new sanctions against Russia are a response to allegations of Russian hacks against the networking software company, SolarWinds, and “interference” in the 2020 U.S. presidential election. As is so often the case in such allegations, no hard evidence has been produced to back these charges, which come from anonymous sources in the intelligence community, producing the same type of false narratives which have been exposed as blatant lies presented in the “Russiagate” case against Presidents Trump and Putin.

In her statement, Zepp-LaRouche points to an intervention by Apostolic Nuncio to Syria, Cardinal Mario Zenari, who has alerted the world to the acute humanitarian emergency that has been deliberately imposed upon Syria, in the aftermath of nine years of war, through murderous “sanctions” measures imposed by the U.S. State Department and irresponsibly supported by a number of other governments, most emphatically the British. Instead of acting to increase the poverty and death rates of Syrians, Cardinal Zenari urgently calls for an end to sanctions, and to pursue a pathway of Peace through Development, in reversing the moral indifference which increasingly threatens to unleash this scale of calamity throughout the planet.

In her weekly Schiller Institute webcast discussion on April 14, Zepp-LaRouche demanded that the world come to the aid of the Syrian people. As Cardinal Zenari has stated, more than 90% of Syrians are below the level of extreme poverty, and many are in danger of losing their lives due to famine. The last decade of war, the unjust sanctions, and the COVID-19 pandemic have created an absolutely intolerable condition of suffering for the Syrian people.
Similar horrors confront Yemen, where the agonizing reality of hunger is conveyed in the powerful documentary “Hunger Ward,” referred to by the head of the World Food Program, David Beasley, who saw children dying before his very eyes in the hospital, and he was unable to help.

There is nothing “humanitarian” Zepp-LaRouche stated, in starving children and shutting down hospitals and medical care, based on fraudulent narratives cooked up by British and American regime-change advocates, in and out of government. “This must stop and the Caesar Sanctions must be lifted. And all the members of the U.S. Congress who do not lift these sanctions make themselves complicit in every death that occurs in the region.”

“This has reached the point where either the world wakes up and we start to remedy this, or we will not survive, because of our own moral failure as a human species. I call on you: Work with the Schiller Institute. Work with its Committee on the Coincidence of Opposites, which is working to get aid programs and reconstruction. I appeal to you: Get in contact with the Schiller Institute and respond to the call by Cardinal Zenari.”

What Are The Caesar Sanctions?

Having failed in efforts at regime change in Syria, which were launched by the Obama-Biden administration through their support of “moderate rebels”, who conducted a bloody civil war in the country, Trump’s Secretary of State Pompeo mobilized international support for regime change through economic strangulation. To do this, a bill was introduced in the Congress, as part of the National Defense Authorization Act, which imposed sanctions on Syria. It passed in June 2020.

It was called the “Caesar Act”, named after a mysterious figure who claimed to have been a photographer employed by the Syrian Ministry of Defense to take photographs of victims killed in the civil war. Described as a “defector”, he delivered more than 58,000 photographs to the Syrian National Movement (SNM), which is funded in part by Qatar, to oppose the Assad government. The SNM then turned the photos over to Human Rights Watch (HRW), which produced an 86-page report in 2015, which included more than 28,000 photos. The report, titled “If the Dead Could Speak: Mass Deaths and Torture in Syria’s Detention Facilities”, was used to push the sanctions through the Congress.

In a detailed exposure of the fraud behind this report, investigative journalist Max Blumenthal from the GrayZone outlines how the usual cast of characters from the human rights mafia were involved in using this falsified report for the purpose of regime change. 1)
“Caesar” was brought before the House Foreign Affairs Committee in a private session in April 2014, and again in a public session in August of that year, to present the “evidence” of Syrian government murders. According to HRW, their investigators “meticulously verified dozens of stories” of civilians they claimed to have been tortured and murdered by Syrian government officials.