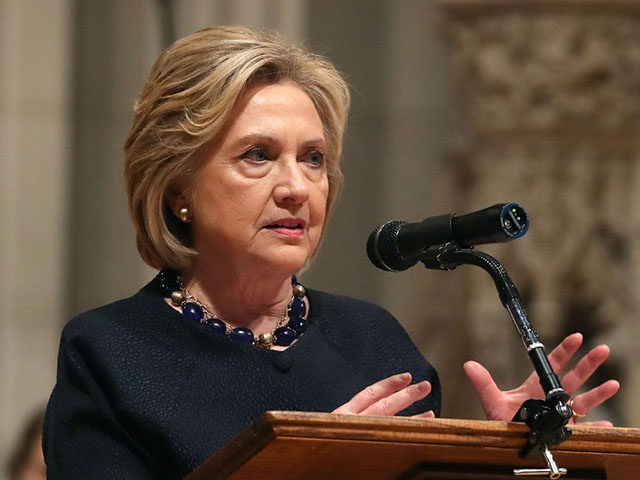 Former Secretary of State Hillary Clinton called Republicans “gun worshipers,” who are “shameless” because of their “huge advantage” due to the filibuster.

“You know, democracy is the balancing of interests and rights, and unfortunately at this time, the gun worshipers have a huge advantage because of the filibuster and because of their shameless exploitation of people’s unwarranted fears,” Hillary Clinton said.

“The opportunists on the other side, like Cruz and his ilk,” she continued, “they know better and they are in the position of trying to keep people really riled up and scared that sensible gun legislation like we had in the ‘90s for 10 years will somehow undermine their rights.”

We talk so much about the right to bear arms in America. @HillaryClinton wants to change the narrative.

What about the rights of everyone else? The right to go to work, to school, or to the grocery store without fear?

The House of Representatives has proposed legislation to impose background checks on all gun sales and transfers, but the initiative has not totally satisfied Sen. Jon Tester (D-MT), who is an important vote in a Senate that is split 50/50 with 60 votes needed without the nullification of a filibuster or the tactic of reconciliation to circumvent the Senate Democrat’s vote shortfall.