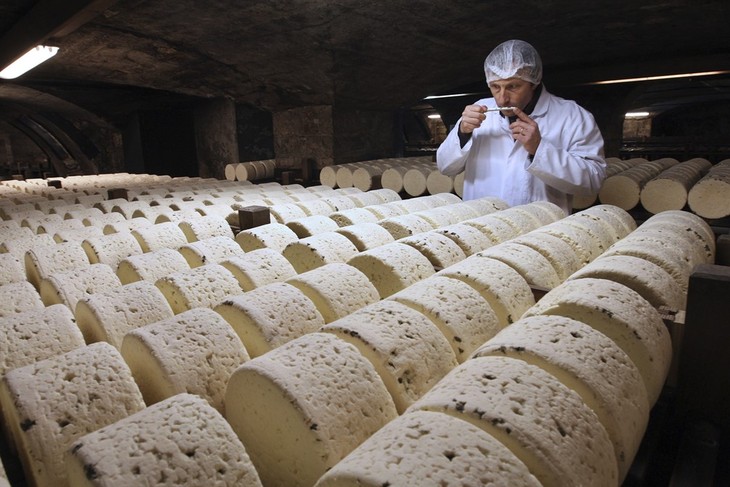 In this year alone, we’ve learned that trees are racist, as are fonts. Heck, even not being racist is racist!

So, I guess the news that cheese is racist now shouldn’t come as a surprise.

Environmentalists in Brighton and Hove in England are trying to get more plant-based school meals, citing not only the environmental impact of animal agriculture and fishing industries, as well the apparent racism of dairy products.

“Animal agriculture and fishing industries are leading causes of deforestation, ocean dead zones, water pollution, biodiversity loss and species extinction,” reads the petition started by Alison Plaumer of Extinction Rebellion. “Not only that, intensive animal farming poses a significant threat for the development of new pandemics and for furthered antibacterial resistance to emerge.”

Plaumer also told the city council last month that “Arguably, there is a racist element to serving dairy too much because 65 percent of the world’s population are lactose intolerant, many from the BAME (black, Asian and minority ethnic) community.”

“Loads of parents around here give lots of support to this,” Plaumer claims. “What do children want? They want action. They want it now.”

Most kids probably want cheese, too. Because cheese is awesome, and I feel bad for anyone who can’t have cheese because, as I said, it’s awesome.

If cheese is racist, what does that make Hunter Biden, who used to smoke parmesan cheese because it looked like crack?

The petition is calling for two plant-based food days be introduced at all public schools, and all council-run events to be entirely plant-based after the pandemic is over.

According to Impossible Foods, their Impossible Burger, the plant-based burger of choice that’s available at Burger King, the ingredients of their burger are the following: