by Jeffrey Cawood, The Daily Wire: 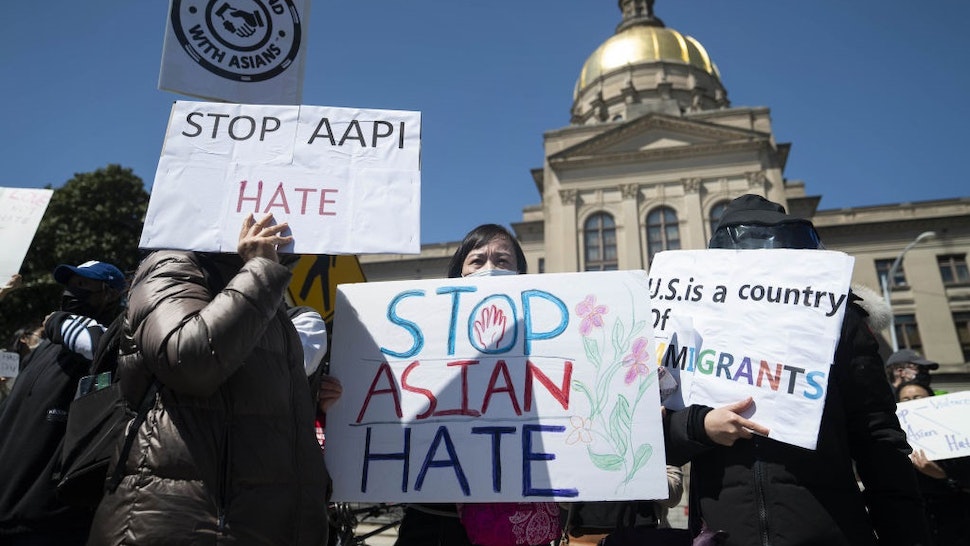 At least two journalists who worked for Chinese state-controlled media came to the United States as visiting students and became organizers for a progressive activist group behind the “Stop AAPI Hate” movement, running outreach efforts to shape the political opinions of first-generation Chinese-American immigrants in California.

Stop AAPI Hate has been described as a nonprofit that started aggregating hate incidents against Asian Americans and Pacific Islanders after a virus that originated in China began to spread worldwide. But a Daily Wire investigation found that it is tied to longstanding far-left groups that some community members say oppose Asians’ actual interests, including Stop AAPI Hate’s fiscal sponsor, Chinese for Affirmative Action (CAA).

The San Francisco-based CAA has advocated for affirmative action in school admissions, a policy that could sharply curtail the number of Asians at rigorous universities. It was part of a campaign coalition that recently pushed a California ballot measure that would have allowed affirmative action. Known as Proposition 16, the proposal was rejected by voters in November 2020, with polling suggesting that Asians played a strong role in the measure’s defeat.

Wenyuan Wu, the executive director of the former “No on Prop 16” campaign, described CAA as “a progressive organization with a mission to promote race-based affirmative action.” According to Wu, “CAA was a front runner” in last year’s campaign to reinstate racial preferences in California.

“Some of its members such as Terry Cui and Jinxia Niu are Chinese citizens with visible ties to the CCP (Chinese Communist Party),” Wu told The Daily Wire. “I have extensive experience dealing with them.”