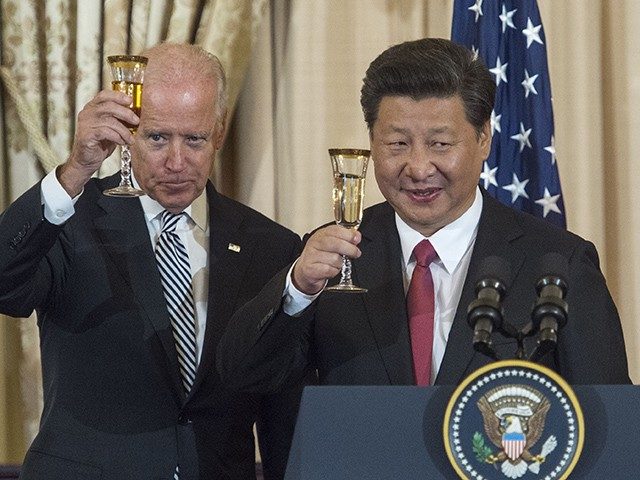 The United States and China have agreed to cooperate and “curb climate change with urgency” in the lead-up to President Joe Biden hosting a virtual summit of world leaders to discuss the issue. The announcement of “strong pledges” by Washington and Beijing was made Sunday in a joint statement issued by the two countries.

John Kerry and his Chinese counterpart Xie Zhenhua agreed to the common declaration of intent during two days of talks in Shanghai last week, according to AP.

The two countries “are committed to cooperating with each other and with other countries to tackle the climate crisis, which must be addressed with the seriousness and urgency that it demands,” the statement said.

Meeting with reporters in Seoul on Sunday, Kerry said the language in the statement is “strong” and that the two countries agreed on “critical elements on where we have to go.”

But the former secretary of state said, “I learned in diplomacy that you don’t put your back on the words, you put on actions. We all need to see what happens.”

U.N. agencies and globalist organizations delivered a collective “sigh of relief” on Sunday as they awaited the prospect of Joe Biden in the White House and a return to the unrestricted flow of U.S. taxpayer dollars. https://t.co/BF4yNEtD1U

Noting China is the world’s biggest coal user, Kerry said he and Chinese officials had a lot of discussions on how to accelerate a global energy transition. “I have never shied away from expressing our views shared by many, many people that it is imperative to reduce coal, everywhere,” he said.

Reuters reports Li Shuo, senior climate adviser for the environmental group Greenpeace, said China could soon respond to a new U.S. pledge with one of its own, building on the “momentum” of the Shanghai talks.

“The statement in my view is as positive as the politics would allow: It sends a very unequivocal message that on this particular issue (China and the United States) will cooperate. Before the meetings in Shanghai this was not a message that we could assume,” Li said.

The Biden administration publicly affirmed its desire to embrace the United Nations and all its causes back in February when Secretary of State Antony Blinken and U.N. Secretary-General Antonio Guterres had their first call to confirm the U.S. was back in the Paris Climate Accords and the World Health Organization, as Breitbart News reported.