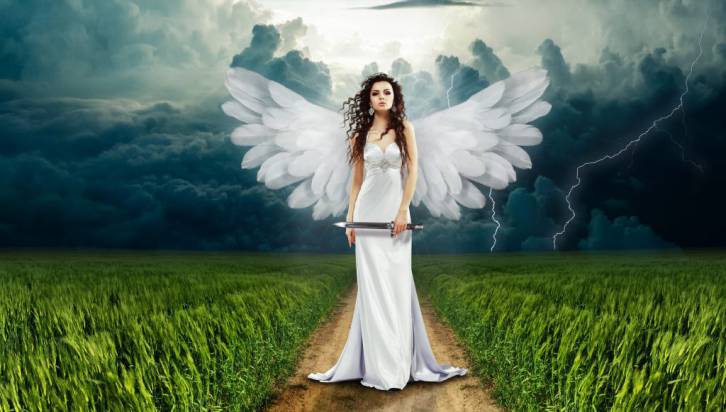 We have observed that one of the themes of ancient literature is the concept of Fate or Fortune. We find it first expressed in the plays and heroic poems of the Greeks; the idea then seeped into the writing of history and biography.

Closely associated with this concept is the idea of divine retribution for offending the gods.

Those who showed contempt for the divine or human law would be humbled by the harsh blows of Fate:  no man could expect to thumb his nose at the laws of the universe and get away with it.

So Sallust reminds us that Catiline and Jugurtha went down to ruin because their blind hubris caused them to scorn the laws of decency and human society.

Livy and Polybius practically endorse the idea that Rome rose from nothing to rule the world because the gods had fated that it should be so.

Tacitus and Suetonius chronicle every pernicious vice of the Julio-Claudian emperors to make the point that they deserved to go down in ignominious destruction.

Cicero’s philosophical writings are occasionally flavored by this idea as well.

The idea of Fortune or Fate as the arbiter of human destiny persisted for many centuries; we could even argue that the Catholic Church, through the writings of early Church fathers like Augustine, Jerome, Tertullian, simply substituted or imposed a new model on what had already existed before.

In the Renaissance, the humanists (especially Petrarch, Machiavelli, and Guicciardini) enthusiastically endorsed the idea of Fortune.

Yet for some reason modern man is uncomfortable with this idea.  He likes to believe that he is in total control of his fate.

He wants to believe his destiny is in his hands.  More importantly, he recoils from any attempt to impose limits on his arrogance, greed, and desires.

Anyone writing about the dangers of hubris today is not likely to find himself wildly popular.  We live in an age of braggarts, big mouths, preening fools, and arrogant idiots; it is an age where ignorance is lauded and celebrated as wisdom, and the gutter is displayed to the public as something to be emulated.  The price for all of this will inevitably be paid.

And this will be the cause of our undoing, if it has not already happened.  One cannot just do whatever one wants in life.  You do not make your own rules.

You are not an emperor unto yourself; you are not an island of your own, isolated from the mainland of humanity.

The Greeks of late antiquity had a goddess they called Nemesis, and her function was to deliver punishment to those who were guilty of hubris.  She was the punisher of undeserved good fortune, and the chastiser of those who overreached themselves.

Her name in Latin was Adrastia.  You have probably never heard of her, and this very fact goes a long way to proving my point about the narcissistic streak of our modern culture.

The best description of Adrastia is found in the late Roman historian Ammianus Marcellinus.  Writing in the fourth century A.D., he interrupts his narrative to remind us who really has the final say in human affairs:

These and many other similar examples are often the operation of Adrastia, the punisher of wicked deeds and the patron of good deeds (and let us hope it is always so!).  We may call Her by her secondary name, Nemesis.  She is the subtle law of an inexorable higher power; as some men believe, She is located above the orbit of the Moon.  Others maintain that She is a kind of general guardian over the fates of individuals.  The ancient theologians have pictured Her as the daughter of Justice; and from a far-off eternity She looks down all earthly affairs.

As the queen of causes [regina causarum] and the arbiter and decider of human affairs, She handles the urn [for choosing lots] with its probabilities and causes fortunes to change, sometimes producing for us results that were very different from what we had originally intended.  Many acts She twists into something very different.  Restraining the always-expanding mortal arrogance with the chains of fate, and tilting the scales of gain and loss (as she knows how to do), She undermines and lowers the haughty necks of the arrogant.  She elevates good men from the lowest rung of society to a blessed station in life.  Tradition has provided Her with wings so that She might be able to visit anyone with all deliberate speed; and it gave Her a helm to grasp and a wheel under Her, so that as She runs through the elements, no one will ever forget that She commands the fate of the universe.  [Res Gestae XIV.11.  Translation mine.]

It seems to me that we have forgotten this lesson, much to our society’s detriment.

One of the benefits of classical studies is their ability to provide moral instruction and guidance; we learn to humble our pride, to live according to rules, to respect the rights of others, and to discipline ourselves to put our passion and greed in check.

Yet much of this seems to be ignored today.