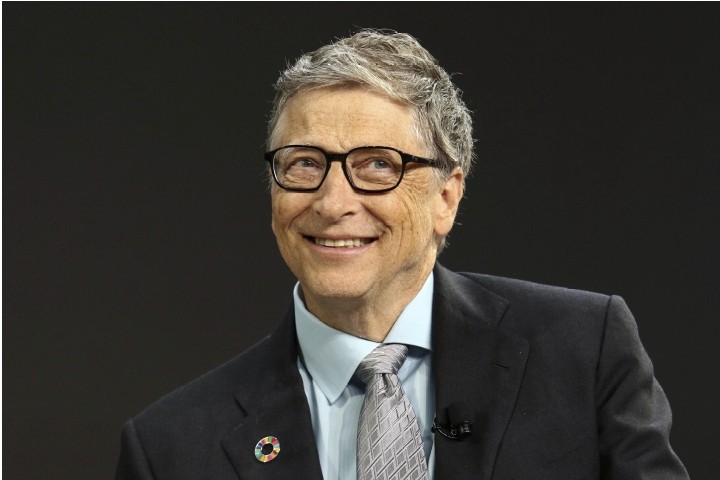 While wealth can breed big egos, Bill Gates apparently doesn’t yet believe he can just wave his hand and make the sun go dark. So instead, the world’s fourth-richest man is using part of his $124 billion fortune to support research designed to “dim the sun” — all as part of a plan to combat “global warming.”

“Dim sun” may sound like a Chinese dish. But it actually describes serious Harvard University research involving the idea of spraying calcium carbonate (CaCO3) dust into the atmosphere to form a particulate shield that would reflect sunlight away from the Earth. My, what could possibly go wrong?

Unsurprisingly, many scientists and notable figures have warned of the scheme’s dangers. Among them is Apocalypse Never author Michael Shellenberger, who called the idea “bonkers” and “grossly irresponsible” in a Thursday Tucker Carlson Tonight appearance.

Western Journal provided detail late last year on what he was criticizing, writing:

The project represents one of the most controversial aspects of what’s known as “geoengineering” — the idea that, to tackle issues like climate change, massive aspects of our ecosystem can be played with or changed. In this case, it would involve reflecting some of the sun’s rays to stop them from reaching Earth.

“Open-air research into spraying tiny, sun-reflecting particles into the stratosphere, to offset global warming, has been stalled for years by controversies — including that it could discourage needed cuts in greenhouse gas emissions,” Reuters reported.

… The Harvard team, whose project is known as SCoPEx [Stratospheric Controlled Perturbation Experiment], is funded in large part by Gates, according to an August report in the U.K. Daily Mail. (Which gave the subject the wordy title: “Could dimming the sun save the Earth? Bill Gates wants to spray millions of tonnes of dust into the stratosphere to stop global warming… but critics fear it could trigger calamity”)

Speaking of which, “I’ve co-authored articles with the Harvard investigator,” Shellenberger told host Carlson Thursday. “We’ve told him personally this is a terrible idea. The vast majority of scientists disagree with this.”

“What they are proposing to do is identical to what we feared would occur after nuclear war in the 1980s, which is nuclear winter, the idea that you cool the planet deliberately. The effects on crops are completely unknown. They call this an experiment, but they know that there is no way to figure out what the large-scale planetary effects of this kind of thing would be.”