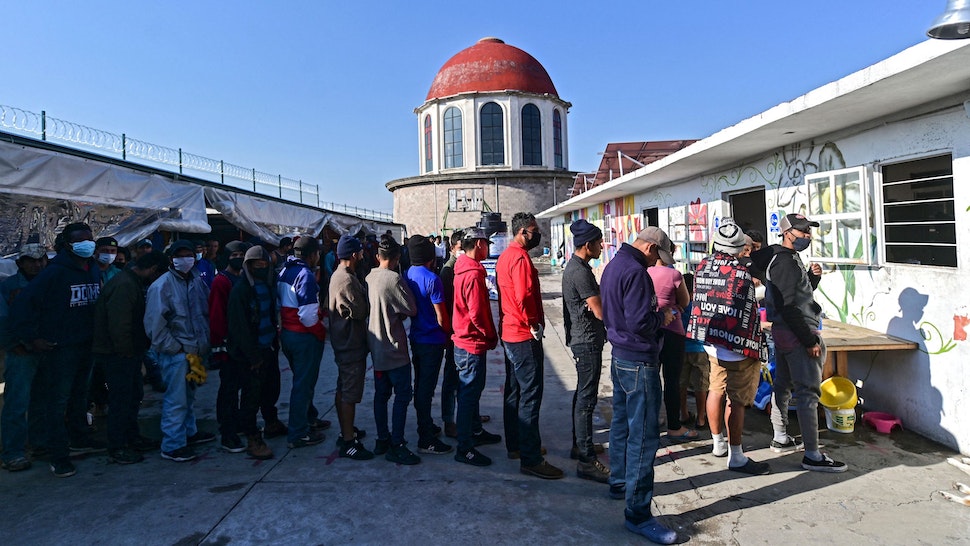 Democrat President Joe Biden is reportedly moving to significantly increase the number of migrants released into the U.S. who were apprehended by U.S. officials for trying to illegally enter the country.

The move comes as Biden’s border crisis has continued to worsen, withs a recent report saying that U.S. officials believe they will encounter 2 million migrants illegally trying to enter the U.S. southern border this year. That is more than the population of Alaska, Vermont, and Wyoming — combined.

“The Biden administration anticipates that it will be releasing 400 migrant families into the country a day by mid-June as the influx of people encountered illegally crossing the border overwhelms its detention capacity,” The Washington Examiner reported. “The 400 figure is eight times greater than the 50 families that Border Patrol and Immigration and Customs Enforcement were releasing from its facilities each day early on in 2021. As of mid-March, Border Patrol agents were seeing 500 people arrive as part of a family group per day.”

Illegal border crossings remained near 20-year highs for the month of April with roughly 175,000 illegal aliens projected to be taken into U.S. Customs and Border Patrol custody.

Fox News expanded on the report from The Washington Examiner, adding that the move by the Biden administration was an attempt to “cope” with Biden’s border crisis.

“Internal DHS communications reviewed by Fox News show that the department is developing plans to make the Alternatives to Detention (ATD) program more efficient, because increasing the number of migrants enrolled in the program is becoming a priority for the department,” Fox News reported. “The ATD program, which started in 2004, involves varying degrees of supervision for people who are going through immigration proceedings and do not have legal status. According to the Immigration and Customs Enforcement website, ATD can include methods from check-ins at local ICE centers to GPS monitoring and home visits, depending on the immigrant and their background, criminal history and other factors.”

Biden finally admitted last week that his border crisis was, in fact, a “crisis,” a remark that he made while briefly speaking with reporters after playing a round of golf. White House Press Secretary Jen Psaki later came out and said that Biden’s remarks did not reflect the view of the administration and that he does not believe that the situation at the U.S. border is a “crisis,” despite saying so.

The Biden administration announced on Friday that it was canceling fines for illegal aliens who failed to leave the U.S., claiming that the move to enforce immigration laws ran “counter to the agency’s best interest.”