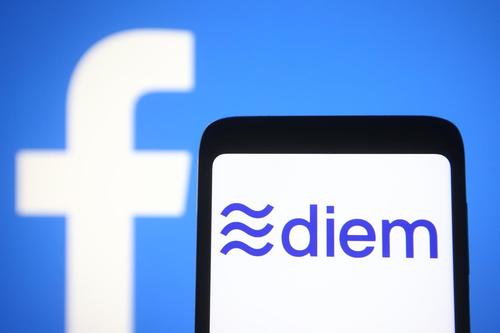 A couple of days ago, Morgan Stanley warned that China’s new digital renminbi – the first “central bank digital currency” (or CBDC) – could cement its status as the next reserve currency. But as government and Wall Street continue their embrace of virtual currencies that, some say, threaten to blow up the industry status quo and eliminate the need for banks, corporations are also striving to create the stablecoin of the future, challenging governments’ long-held monopoly on money.

Years after Facebook’s Mark Zuckerberg first declared his intention to launch a transnational stablecoin via Facebook’s “Libra” project that would, he hoped, enable cross-border payments on Facebook’s platform, the Facebook-backed digital-currency project Diem is reportedly planning to launch its first stablecoin in 2021 as a small-scale pilot, according to an anonymously sourced report from CNBC.

But Libra, which involved a convoluted plan to launch a stablecoin backed by a potpourri of fiat currencies, was quickly scaled back after Facebook’s talk about creating a new international financial system to supplant the dollar apparently rattled too many feathers. What was left was later spun off as Diem, a re-branding that has given life to a scaled-back vision of corporate stablecoin dominance. However, When it finally arrives, Diem won’t come with the same fanfare and controversy of the original idea envisioned by the social media giant nearly two years ago.

The person, who preferred to remain anonymous as the details haven’t yet been made public, said this pilot will be small in scale, focusing largely on transactions between individual consumers. There may also be an option for users to buy goods and purchases, the person added. However, there is no confirmed date for the launch and timing could therefore change.

“It’s really drifted off the radar in a way that’s quite striking,” Michael Casey, chief content officer of the cryptocurrency publication CoinDesk and a former financial journalist, told CNBC.

Facebook won’t play an official role in the launch, which instead will be overseen by the Diem Association, the Switzerland-based nonprofit which oversees diem’s development.

In comments to CNBC, financial journalist Michael Casey said he was surprised at how under-the-radar the diem project has become. It’s almost as if the international community has forgotten about it, he said. “It really drifted off the radar in a way that’s quite striking,” said Casey, the chief content officer of the cryptocurrency publication CoinDesk who was one of the first reporters at a major American newspaper (the Wall Street Journal) to cover the rise of crypto.

The soft reaction to Diem is also surprising considering how much of a backlash its predecessor created. “It was such a stunning challenge to the international order, in that the backlash was just really powerful,” Casey said.

Diem has lost several senior executives over the past year, as well as the backing of powerful corporations like Mastercard and Visa, among many others. But in the wake of its rebranding, Diem is reportedly in talks with Swiss financial regulators to secure a payment license, a crucial step that would place the organization further along the path toward getting its digital currency project off the ground.

Of course, more “government sponsored” competitors are in the works: in addition to the eRMB, the ECB recently concluded a public consultation on a digital euro and will make a decision this summer, and the Boston Fed is set to release its initial research in the fall.