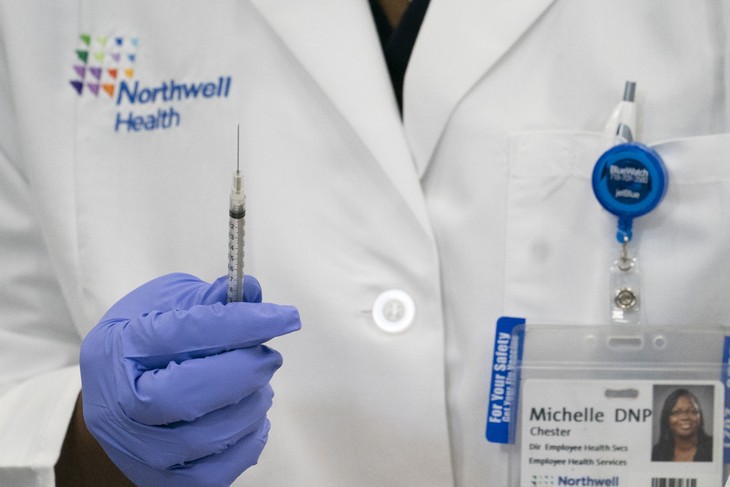 Senator Rand Paul is the latest Republican to call for “resistance” to plans by the Biden Administration to institute a vaccine passport. Resisting the idea of a vaccine passport to determine an American citizen’s freedom of movement has gained traction in the media because of how easily it could slip into becoming something akin to the Chinese government’s Social Credit Score scheme. Now the Republican lawmakers are cottoning on.

Governor Ron DeSantis was first out of the blocks to support legislation outlawing such a scheme in Florida.

It’s completely unacceptable for either the government or the private sector to impose upon you the requirement that you show proof of vaccine to just simply be able to participate in normal society.

Congresswoman Marjorie Taylor Greene followed up with legislation called the “We Will Not Comply” act, which among other things allows people to file lawsuits against businesses denying them services for failing to possess a vaccine record. She also introduced a bill to fire Dr. Anthony Fauci by cutting off his pay until he can be replaced.

The “#FireFauci Act” will slash the salary of Dr. Always Wrong to $0 and the “#WeWillNotComply Act” will ban vaccine “passports,” prevent discrimination against the unvaccinated, and much more to protect the freedom of the American People. pic.twitter.com/JVR01lBID5

The bill also instructs the Senate to change the mandatory vaccine laws enshrined in Jacobson v Massachusetts, which allows states to use police power against the unvaccinated.

On Tuesday in The Hill, Senator Rand Paul called for all Americans to “resist” the vaccine passports, characterizing them as the “latest COVID power grab.”

You’ve all heard my opinions on government bureaucrat Anthony Fauci. But it goes wider and deeper than any one person. And now we are in danger of their creeping fascism staying in our lives forever if we don’t stand up and resist.

The newest power grab comes in the form of an alleged “Vaccine Passport” which would determine your social suitability to engage in your everyday life. [emphasis added]

Want to go to the store? Show your vaccine card.

Want to go to a restaurant or concert? Did you tell the government what vaccines you’ve had?

Paul says the American public should never have let go of their power for one second. Getting it back from power-hungry “tyrants and media fearmongers” may prove difficult.