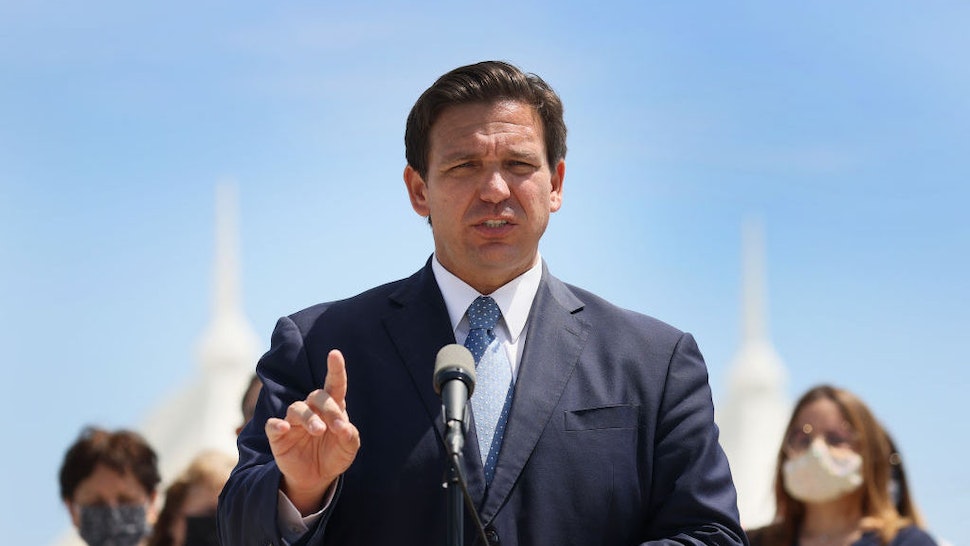 Asked to respond to the claim that America is “a systemically racist country,” DeSantis told Fox News host Laura Ingraham during a town hall that such a proposition is “a bunch of horse manure.”

“I mean, give me a break. This country has had more opportunity for more people than any country in the history of the world, and it doesn’t matter where you trace your ancestry from,” DeSantis said to applause from the audience. “We’ve had people that have been able to succeed.”

“And here’s the problem with things like critical race theory that they’re peddling,” DeSantis continued, pivoting to the controversial academic movement that some states such as Florida and Idaho have taken measures to ban from their public schools. “They’re basically saying all our institutions are bankrupt, and they’re illegitimate.”

“Okay, so how do you have a society if everything in your society is illegitimate?” asked DeSantis. “So it’s a very harmful ideology, and I would say, really, a race-based version of a Marxist-type ideology. So we’ve banned it in our schools here in Florida. We’re not going to put any taxpayer dollars to critical race theory, and we want to treat people as individuals, not as members of groups.”

Florida Gov. Ron DeSantis says that the idea of “systemic racism” is a bunch of “horse manure”:

“It’s a very harmful ideology, and I would say really a race-based version of a Marxist-type ideology.” pic.twitter.com/UgHL6Mdzv6