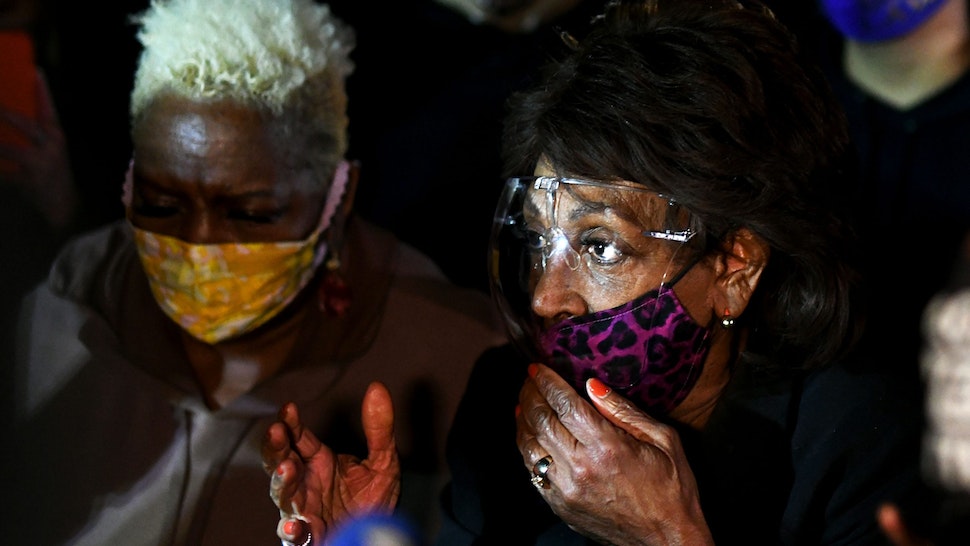 Rep. Maxine Waters (D-CA) said on Saturday night that if Derek Chauvin is not found guilty of murder for the death of George Floyd that activists must “get more confrontational” on “the street” because the activists need to “make sure that they know we mean business.”

“Chauvin is accused of killing Floyd on May 25, 2020, by kneeling on Floyd’s neck for several minutes,” Fox News reported. “Defense witnesses have spoken of Floyd’s health issues and drug use as other possible causes.”

Waters made the remarks alongside protesters in Brooklyn Center, Minnesota, where police shot and killed 20-year-old Daunte Wright, who had a warrant out for arrest, after he attempted to run from law enforcement officers following a traffic stop.

“We’re looking for a guilty verdict. We’re looking for a guilty verdict. And we’re looking to see if all of this [inaudible] that took place and has been taking place after they saw what happened to George Floyd,” Waters said. “If nothing does not happen, then we know, that we’ve got to not only stay in the street, but we’ve got to fight for justice, but I am very hopefully that I hope that we’re going to get a verdict that will say guilty, guilty, guilty. And if we don’t, we cannot go away.”

When asked what “protesters” should do if they do not get the verdict that they want, Waters responded, “Well, we got to stay on the street.”